Time to turn the page 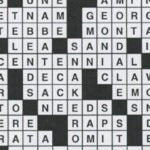 Happy to be puzzled

A look at notable work by Harvard authors in 2015 wouldn’t be complete without their own best reads of the year.

“How to Read the Bible,” Harvey Cox

Cox, the Hollis Research Professor of Divinity, argues that even in a secular age, a close reading and deeper understanding of sacred texts is vital to self-knowledge. His approach combines a reading of the original texts with the most recent biblical studies.

Cox’s pick: “This past year I was bumped and cheered by a couple of things, in particular Pope Francis’ ‘Encyclical on Climate Change’ and Michel Houellebecq’s novel ‘Submission,’ which is shocking and gripping.”

Ferguson, the Laurence A. Tisch Professor of History, was granted unprecedented access to Kissinger’s Library of Congress archive. The first installment of his two-volume biography chronicles Kissinger’s ascent and concludes as debate around the Vietnam War intensifies.

“I was as impressed by the maturity of Friedman’s judgments as by the depth of his research in archives that few scholars have ventured into. Harvard Business School was exceedingly smart to lure this up-and-coming historian away from Yale.”

This collection of poems by Gay, the Walter Jackson Bate Fellow at the Radcliffe Institute, was a National Book Award finalist. In poems exultant yet elegiac, funny but heartbreaking, Gay explores the intricate beauty and damage of everyday life.

Gay’s pick: “Multiply/Divide: On the American Real and Surreal,” by Wendy S. Walters.

“Walters writes with profound beauty, clarity, illumination, sorrow, and weirdness about race, family, nation, the imagination, and some other stuff, too. The essay ‘Lonely in America’ made me understand something profound and essential about my own heartbreak — yes, it’s a kind of loneliness — in this America that I probably never could have articulated on my own, and so I think it probably saved my life a little bit.”

“Photography and the Art of Chance,” Robin Kelsey

“What does it mean that the modern world has given so much of its art and visual culture over to a technology prone to chance?” asks Kelsey, the Shirley Carter Burden Professor of Photography. It’s this happenstance that captivates Kelsey, as well as photography’s place in contemporary art.

Kelsey’s pick: “Between the World and Me,” by Ta-Nehisi Coates.

“This gives me lots and lots of company, of course, but so be it. The book folds the reader into an experience of race in America with searing and timely eloquence. Having read it, I will not be the same.”

“The Ocean, the Bird, and the Scholar: Essays on Poets and Poetry,” Helen Vendler

One of the world’s leading literary critics elucidates and celebrates the work of A.R. Ammons, Elizabeth Bishop, Wallace Stevens, and many others.

“Jorie Graham’s poetry — inspired, idiosyncratic, ever-changing, beautiful — has been with us for almost 30 years. This selection, a comprehensive sampling, will remind readers of some poems already familiar, and will bring new readers to this poet of depth, empathy, and arresting music.”