Through a glass, brightly 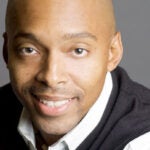 The constellations of stained-glass windows that grace Memorial Hall create a magical feeling above the building’s halls as they transform the space into a veritable museum of American stained glass, with a variety of designers, manufacturers, and techniques on display.

The late Harvard Professor Mason Hammond researched the hall’s artworks for his book “The Stained Glass Windows in Memorial Hall,” and found that most of the panels were installed between 1879 and 1902. The glass was commissioned and funded by various alumni classes, and the Harvard Corporation drew up stringent guidelines for the works. One ruled that the characters depicted in the glass must be pre-Shakespeare — “it being the intention that the windows, when all complete, shall unite harmoniously into one great theme,” according to Mason.

These masterpieces show an eclectic curatorial style that pays simultaneous tribute to scholars, writers, historical figures, and military greats. From season to season, these works also change with the ephemeral qualities of the natural light that strikes them.