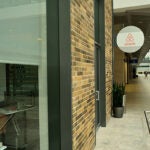 Koen Hufkens is trying to solve a scientific mystery, and he’s asking for the public’s help to do it.

Hufkens, a postdoctoral fellow working in the lab of Associate Professor of Organismic and Evolutionary Biology Andrew Richardson, this month launched Jungle Rhythms, a citizen-science project that aims to digitize thousands of pages of detailed observations on the life cycles of African trees.

The goal of the project, Hufkens said, is to transform a decades-old archive of written observations into a searchable database that captures the ebb and flow of the forest.

“The data itself is quite extraordinary,” Hufkens said. “It runs for roughly 20 years, with tables that summarized notebooks that had detailed, often weekly, observations. In total, there are roughly 2,000 individual trees. Especially given the age and the rigor with which it was conducted, it’s pretty special.”

Another mystery lies in exactly why the information was collected in the first place.

What is known, Hufkens said, is that a group of Belgian scientists were stationed at the Yangambi Research Station in what is now the Democratic Republic of the Congo from 1938 to 1958 as part of an agriculture-based research project, and that the group began collecting observations on the life cycles of local trees. The observations were kept in a series of notebooks, and later summarized in large tables, which were stored in an archive under less-than-ideal conditions.

Hufkens and colleagues digitized the tables in the hopes of using computers to automatically capture the data, but quickly realized the marks were simply too faint.

“It’s very difficult to do this automatically,” Hufkens said. “The notes are basically small pencil lines that overlay a grid on the paper, and the lack of contrast between the two makes it difficult to separate. It needs the human eye to tease them apart.”

On visiting the Jungle Rhythms site, a user is presented with a closely cropped image that represents a small portion of a larger table. The image is followed by several simple questions on whether the user sees any pencil marks and whether there is any text in the image.

“Those marks give us a frame of references to determine the dates and time of year for the observations,” Hufkens said. “The site also includes a message board where users can discuss the project and ask questions about the images. We will also be blogging about the project to keep users up to date on our results, and any discoveries we make about the history of the data itself.”

While the project’s goal is to preserve the data for study, Hufkens said he hopes it also provides an up-close view of how scientific research is conducted.

“Science has always been somewhat removed from people’s day-to-day lives, or people don’t necessarily know what science is about or how it’s conducted,” Hufkens said. “This gives people the chance to participate and to communicate directly with scientists.”