3 named to National Academy of Inventors 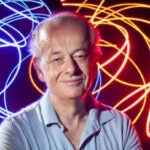 Ingber, Lewis, and Tearney honored for innovation that improves lives

Three Harvard professors and scientists have been named fellows of the National Academy of Inventors.

They are Donald E. Ingber, Jennifer A. Lewis, and Guillermo J. Tearney.

The award goes to academic inventors who have demonstrated a prolific spirit of innovation in creating or facilitating outstanding inventions that have made a tangible impact on quality of life, economic development, and the welfare of society.

Ingber is the founding director of the Wyss Institute for Biologically Inspired Engineering at Harvard University, the Judah Folkman Professor of Vascular Biology at Harvard Medical School and Boston Children’s Hospital, and professor of bioengineering at the Harvard John A. Paulson School of Engineering and Applied Sciences.

Lewis is the Hansjörg Wyss Professor of Biologically Inspired Engineering at the Harvard Paulson School and is a core faculty member at the Wyss Institute.

Tearney is professor of pathology at Harvard Medical School, Mike and Sue Hazard Family MGH Research Scholar, and an affiliated faculty member of the Harvard-MIT Division of Health Sciences and Technology. He heads his lab at the Wellman Center for Photomedicine at the Massachusetts General Hospital.

The 168 fellows named today bring the total number to 582, representing more than 190 prestigious research universities and governmental and non-profit research institutions. The 2015 fellows account for more than 5,300 issued U.S. patents, bringing the collective patents held by all academy fellows to more than 20,000. These academic luminaries have made a significant impact to the economy through innovative discoveries, creating startup companies, and enhancing the culture of academic invention.

Included among the fellows are more than 80 presidents and senior leaders of research universities and non-profit research institutes, 310 members of the other national academies, 27 inductees of the National Inventors Hall of Fame, 32 recipients of the U.S. National Medal of Technology and Innovation and U.S. National Medal of Science, 27 Nobel Laureates, 14 Lemelson-MIT prize recipients, 170 fellows in the American Association for the Advancement of Science, and 98 fellows in the Institute of Electrical and Electronics Engineers.