Taking care on painkillers for kids 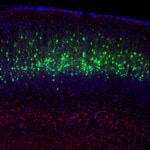 The U.S. Food and Drug Administration in August approved the opioid painkiller OxyContin for use in children as young as 11, sparking a national outcry prompted by addiction concerns.

Indeed, experts trace today’s heroin epidemic to over-prescription of opioid painkillers. But many physicians point to the benefits of the drugs, counting them among the few effective options for the patient in severe pain from disease or accident.

The Gazette spoke with Assistant Professor in Pediatrics Sharon Levy, director of the Adolescent Substance Abuse Program at Harvard-affiliated Boston Children’s Hospital, about the FDA’s decision and its ramifications for both addiction and treatment of pain.

GAZETTE: In August, the FDA approved OxyContin for use in children 11 and older. What is important about this decision from your standpoint?

LEVY: This is probably not the answer you expect from an addiction specialist, but I think it’s incredibly important in terms of treating pain in children.

The current understanding that addiction is a disease of childhood and adolescence — because of particular neurodevelopmental factors — has prompted us to do things intended to protect children, like restricting access to pain medications, which is not really a good idea.

I think it stems from a misunderstanding of addiction in adolescents. In adults, typically people are prescribed pain medications and prescribing practices over time have grown a bit sloppy, giving more medication and longer prescriptions and perhaps higher doses than the patient needs. So it put patients at risk for addiction.

But in adolescents, primarily what we’re seeing is the use of diverted opioids. They’re not necessarily — or even commonly — written for the adolescents themselves. It’s a medicine-cabinet problem.

LEVY: It is actually more complicated than that.

By and large, what’s driving the epidemic in youth is diverted medication. So cutting back on prescriptions for youth is not likely to make much of a difference and puts kids at risk for being undertreated for pain.

That having been said, there was an article published in Pediatrics, the journal of the American Academy of Pediatrics, that found that kids who had been appropriately treated for pain at some point in their childhood were more likely to have problems with opioid-use disorder [later]. We have to be really careful, because there may be some “priming of the pump” when we give kids these medications. And yet I still think there’s agreement that they’re pretty critical in treating pain in children.

What that does speak to is the need to be careful, vigilant, and really have an understanding of both sides of this coin before we prescribe. Prescribers need to have all of this in their heads when they’re working through [prescription practices].

But at the same time we need to be vigilant about not over-prescribing, not prescribing to kids for whom pain is real but not the kind of acute pain that responds well to opioids. So it’s a very nuanced issue.

GAZETTE: And to introduce more nuance, even before the FDA’s actual decision, doctors were free to prescribe this off-label, right?

GAZETTE: Then why is it important to have this FDA approval for children?

LEVY: Here we are getting into areas that are further from my expertise.

The FDA approval is really important because, although pediatricians are used to prescribing pain meds that are off-label, it makes practitioners worry and it puts them at certain [liability] risk.

It’s hard for professional societies to prepare guidelines that recommend the use of something that is off-label. So having something FDA-approved gives us more leeway in thinking about how we might use it in children, get it into clinical guidelines; so it’s important, actually.

GAZETTE: As director of the Adolescent Substance Abuse Program, do you see kids addicted to OxyContin directly?

LEVY: Kids who come in with addiction are using whatever opioid they can get. I think OxyContin, historically, has been one of the biggest offenders. It was easy to crush and snort and gives a big rush, a lot of euphoria — the experience people are looking for. There have been some changes to the formulation that make it harder to do that now.

The reality is that people with opioid addictions, they’re typically using whatever they can get — oxycodone, hydrocodone — whatever medication is available to them.

GAZETTE: Is there a danger the FDA’s approval might feed the broader epidemic in these substances, opioids and heroin?

LEVY: We have to have rational policies and procedures. We need to have the best medications available to treat people who have serious injuries and are in immediate pain. That can be done safely and we need to do it. We don’t want to give kids with femur fractures Tylenol. We need to educate prescribers to think about pain rationally and to choose medications that are appropriate for the situation.

For pain patients the easy thing is for the doctor to say, “Take this and let’s see if we can [reduce the pain],” but that’s not necessarily going to be the right thing to do. We need other strategies for other types of pain and for chronic pain, where we don’t necessarily want to just use the opioids. I just gave a talk [to physicians] on opioids and treatment of opioid-use disorder, and each time I give it I get the same question: “What do I do with these patients who are in pain?”

First of all, we need to be thinking about the good old standard stuff for minor injuries. When opioid prescribing increased, I saw articles where people probed health-insurance data. And for complaints like headaches, we were throwing opioids at them. Really, if we don’t need them, we shouldn’t use them.

For mild pain, we can use non-steroidal anti-inflammatories, ice, and splinting — you know, the good old stuff. But we need to think differently also about different kinds of pain, and there are new ways of treating pain out there. We’re not necessarily all familiar with them and I think practicing physicians need help and guidance if these weren’t around when we were in training.

So we do need to be educated and not just ask: “Is the patient in pain or not?” That’s too simple a question. But what kind of pain is it? What’s the source? And from that: What are my treatment options? And what is the most logical path to go down?

It’s also too simple to say, though, “I know, we’ll take away all the opioids.” Because they are first line for certain things and we need to have them. But we also need to educate the workforce and be more nuanced in thinking through how to best address pain.

GAZETTE: Is that part of what makes that such a difficult question? It would be easy if it were black-and-white, but here we’re talking about a fine — and sometimes subjective — balance?

LEVY: I think that’s right. Hardly anything in medicine — if not in life — is so black-and-white.

Opioids were developed because they’re incredibly useful for certain situations. We’re not talking about a ban here, we’re talking about FDA approval, but Massachusetts recently had a bill in the Legislature that would ban oxycodone for kids under 18. I don’t think that bill is going to pass.

We’ve noticed a problem and we want to address it, but black-and-white is rarely the answer.

GAZETTE: It sounds like the physicians are at the crux of this issue and need to be educated about kinds of pain, levels of pain, duration of pain, and medicines that are out there. You don’t want to get to the point where you’re denying this to children with end-stage cancer.

LEVY: We don’t want our hands tied because there are without doubt kids who need this. What we need to do is education. Physicians are at the center because we’re the gatekeepers of all of these things, and so we have to respond to both our patients and also to population health, and that’s a tricky business. But we’re a pretty highly educated group, so we need to be up to the task.

GAZETTE: Do you have any suggestions about how you might educate physicians who’ve perhaps been out in the field 10 to 20 years and think they know what they need to know about prescribing practices? How do you reach them?

LEVY: That’s really interesting. There are all kinds of proposals, including [President] Obama’s [recent] statement saying that, “Hey, we need to re-educate physicians on how to treat pain.” So I imagine what’s going to come down the pike is a mandatory license renewal requirement. The CME [continuing medical education] credit. That’s typically how they do it.

Last time I did it I had to get trained in identifying domestic violence. So next time it’ll probably be — and Massachusetts already has this, but it’ll be more robust —pain management. Although I think the devil is in the details.

What sometimes happens is that there aren’t enough good course materials, and this is a plea to the different professional societies and professionals who put the materials out. What if I go to renew my license and I have to take a pain course and it’s about treating geriatric patients, which is of limited relevance to me?

So it’ll be incumbent on us as professionals, our professional organizations, our experts, to produce high-quality materials — and a range of them — that are relevant. Because we all do different things.