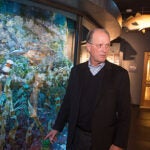 A trio of recent reports has shed new light on U.S. health, with mixed results on obesity, smoking, and blood pressure.

The news on smoking was more encouraging. The Centers for Disease Control and Prevention reported that smoking, which has been sliding for decades, reached a new low in 2014 — 16.8 percent, a 1 point decline from a year earlier.

Findings from a study of adults over 50, meanwhile, showed that keeping blood pressure significantly lower than current guidelines can have a dramatic effect on health. The guidelines suggest keeping systolic pressure — the higher number — below 140. The new SPRINT study, backed by the National Institutes of Health, said that aiming for 120 resulted in 26 percent fewer deaths and 38 percent fewer cases of heart failure.

To make sense of this snapshot of our national health, the Gazette spoke with Walter Willett, chair of the Harvard T.H. Chan School of Public Health’s Department of Nutrition and the Fredrick Stare Professor of Epidemiology and Nutrition.

His short answer: There’s still work to do.

GAZETTE: Is there a most significant finding about our nation’s health or lifestyle habits through these studies?

WILLETT: On obesity, it does appear that the obesity rate in adults is continuing to go up — though not as fast as it had been — and that’s not good news.

The somewhat encouraging news was that obesity rates in children have not gone up, but they’re still too high. There has been a lot of effort to bend the curve of the childhood obesity epidemic. It’s pretty clear that is happening. We’ve seen more detailed analyses from places like New York City and L.A. and Cambridge, where obesity rates in children do seem to have even turned down a little bit. So making a big and intensive effort does really make a difference — and I think that’s an important message: This is not a hopeless and inevitable trend upward.

But we’re still very far from where we should be and where we were 40 or 50 years ago. For adults, we really need to be much more serious about controlling obesity. It’s pitiful what we’re doing to control obesity compared to the powerful trends pushing us toward more obesity.

There’s massive encouragement everywhere in the media to eat more of everything. It’s mostly junk that’s being pushed: sugar-sweetened beverages, manufactured, highly processed sweets and things like that. When was the last time you saw a television ad for broccoli or apples?

We published a paper [recently] in Health Affairs looking at trends in diet quality. We do see, over time, a modest improvement, again very far from where we should be. But what we also see is that the trends are very uneven by socioeconomic status. People with upper income are doing very well in terms of improving their diet and people with lower income and education really have hardly improved at all. 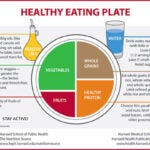 GAZETTE: The smoking findings indicate we’re having more success on that side. Are there lessons to be learned for the fight against obesity from the anti-smoking campaigns?

WILLETT: Absolutely. We’ve learned a lot from the anti-smoking campaign.

It took large effort on the part of many people to turn that around. We had to pull a lot of levers that we’re not pulling for obesity, including a very substantial tax on smoking. It took mass awareness, education campaigns. We aren’t doing those things for obesity in the same way.

So we haven’t used all the means available to us. We also have a massive food program, almost $80 billion a year, called SNAP or food stamps. It is actually fueling the obesity epidemic and we are, at the same time, paying for the consequences for that.

GAZETTE: Is that ripe for reform?

WILLETT: The food industry does not want that touched at all because it’s basically a massive funnel of tens of billions of dollars into the processed food industry.

The USDA says it’s putting healthy food on the table for Americans. But we’ve analyzed what SNAP participants are eating and it’s horrible food. It’s a diet designed to produce obesity and diabetes. If you wanted to make a population obese and diabetic, you would feed them a SNAP diet. This is a program that needs to be improved, but not cut because it is essential to millions of seriously stressed Americans.

GAZETTE: Why have smoking numbers come down? Is it only because of the anti-smoking campaigns?

WILLETT: Smoking rates were going up until 1964, when the surgeon general’s report on smoking was released. It said very clearly that smoking was a cause of cancer.

Information and education, while not sufficient, have to be at the base of everything that we do in this area. We can see, just from that information, the upward trend turned around. Then it took layers and layers of programs, warning messages on television, banning advertising of smoking on television and other places. Taxation really made a difference. Economists will tell you it’s just taxation, but it started downward before taxation and I don’t think taxation could have been put into place until you had enough public support to do it.

GAZETTE: Does that decades-long effort indicate that, as far as obesity goes, we may be at the beginning of a long road?

WILLETT: It’s definitely a multi-decade process, and obesity is tougher than smoking. But it’s not impossible. Smoking is highly addictive and the fact that so many people quit [is encouraging]. It took a lot of effort on the part of a lot of people. We haven’t gotten nearly as serious about the obesity epidemic as we have about smoking.

GAZETTE: What are we seeing as far as inequality in these two cases? Are we seeing the emergence of two Americas in health care?

WILLETT: We’re definitely seeing the emergence of two Americas when it comes to health, as we see through other lenses. Look at income and we see a similar picture of an increasing gap.

It’s not surprising that people who have more information important for their health and well-being and the means to act upon that information are going to be the first to take action. That’s what we are seeing, in terms of diet quality and obesity. Very broadly, there are two different Americas characterized by income and education, strongly associated with race, ethnicity. African-Americans generally had the worst diet quality, though when you adjust for income and education, those differences vanish. So it really is poverty that we’re talking about.

The ingredients are very, very cheap and very stable. Refined starch and refined grains have a very long shelf life. They are shipped all over the country and can be stored for long periods. You can make them into all kinds of products that have basically the same ingredients. You add flavor, coloring, packaging, and marketing, and there can still be a big profit margin though they’re still relatively cheap.

This is probably the worst part of the diet if you look at what SNAP participants are eating. Grocery store shelves are just lined with things like that. It’s cheap and people can fill their stomachs. In contrast, vegetables are more expensive, whether they’re fresh or frozen. They’re perishable … and there’s more labor to produce them. It’s more complicated than just taking grains and refining or mass-processing sugar, so there are reasons why unhealthy food is cheap.

However, we have looked into this, and at any cost there’s a [potentially] large difference in healthfulness of the diet. For example, whole grains still are inexpensive compared to a lot of processed things. Legumes are inexpensive and some vegetables — cabbage, string beans, sweet potatoes — are really not very expensive.

If you take a little time, you can make those into very healthy meals. But a lot of times people don’t have the knowledge, awareness, skills, and time to do that, so they end up getting the least-healthy things — ready-to-eat, packaged, and convenient.

GAZETTE: You weren’t involved in the SPRINT blood pressure study, but blood pressure is linked to lifestyle, through diet and salt consumption. What did you think of the results that a significant decline to 120 from 140 in systolic pressure would save a lot of lives?

WILLETT: Nobody’s saying why the blood pressure was so high in the beginning.

The average BMI [body mass index] of participants was 30 [obese] and we know that overweight is the single most important factor driving blood pressure. But diet wasn’t even mentioned in the study or mentioned in any of the press reports that I saw. It was all about adding medication.

We’ve known for a long time that, in people who have healthy diets, blood pressure does not go up with age and the blood pressure rates are much lower. This is mostly a problem of bad diets and inactivity, with obesity being the No. 1 driver.

GAZETTE: Is there an overall take-away message from these reports?

WILLETT: The overall message is we really need to get serious about dealing with the unhealthy lifestyles we have in America. We’ve not dealt adequately with the obesity epidemic. If we deal with that — including diet quality — we can also have a very large impact bringing blood pressure down, as well as rates of diabetes and many other conditions. This is a signal that what we’re doing now is not adequate.

And, I should add, on a positive note, we have done more for childhood obesity and we should feel good about seeing some benefits of that, even though there’s still much more to do.