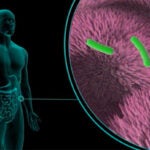 A global moment is upon us, with technical ability, knowledge of disease, innovation in health care delivery, resources, and political will converging to spur dramatic strides in the health of the world’s population in recent years.

But there’s still a long way to go, and Ashish Jha, director of the Harvard Global Health Institute, believes Harvard itself may have arrived at a global health moment, one in which its talent, leadership, and student passion make a dramatic impact.

Jha, the K.T. Li Professor of International Health at the Harvard T.H. Chan School of Public Health and a professor of medicine at Harvard Medical School, sat down with the Gazette to talk about the institute’s priorities, Harvard’s opportunities in care, and the chance for health workers to make meaningful progress in improving outcomes around the world.

GAZETTE: When you look at the global health landscape, are we at a moment of opportunity?

JHA: Yes, for a couple of reasons. We’re at a point where you can get on a plane and land halfway around the world in a time period shorter than the incubation period for any known human pathogen. So you can get on a plane well in Hong Kong and get off the plane in New York feeling fine but actually carrying a virus that the city of New York has never seen. The flip side is that you can take knowledge that is generated in Hong Kong and apply it to problems in New York City in a way that we’ve never been capable of either.

The Ebola story is as good an illustration as any, in that it reminds us of the importance of that interconnectedness. We, as a global community, failed to address the problem of Ebola in West Africa — and ended up having to manage it in Dallas and other places around the globe. That’s the world in which we live.

GAZETTE: Were there any positive lessons from the Ebola story?

JHA: There’s an interesting question of why this outbreak was so different from all the others. And I would say Ebola is the new normal, because we live in such an interconnected world.

We’ve had 30-odd Ebola outbreaks, and all of them combined have led to fewer fatalities than this one. So it’s worth asking why this outbreak was different. One answer is that it was in a different region of Africa than impacted by prior outbreaks. Second, human travel is very different now than it was even a couple of decades ago. Due to improvements in roads, trains, and air transportation systems, someone who encounters a virus can then travel hundreds of miles — or sometimes around the globe — before they show any symptoms, making them an efficient and often undetectable disease vector. That makes for a very different, and difficult, reality. For some, the response has been to advocate building walls, shutting down air travel, and closing ourselves in. Beyond being morally questionable, it’s also completely unrealistic. We have to have a different approach.

When I took over [as institute director], the global community was finally starting to take the Ebola outbreak seriously. But it was clear that we, as a global community, had botched our response.

We reached out to Peter Piot, the director of the London School [of Hygiene & Tropical Medicine] and one of the discoverers of the Ebola virus, and worked with him to create an independent panel to thoughtfully, but honestly, examine how and why we so badly handled the Ebola outbreak — and what we might do to ensure that we are more effective next time.

Since we formed our panel, there have been three other panels that have come together: one created by WHO, another by the U.N., and the third by the Institute of Medicine. We have the advantage of truly being independent — of being the civil society’s voice for assessing what went wrong and how to get better. While our report is still being finalized, we have laid out 10 concrete recommendations that we think, if implemented effectively, can prevent the kind of catastrophe we saw with Ebola. We can do better, and really, we must do better.

GAZETTE: Why do you do this work? Why do you have an interest in global health?

JHA: A lot of my inspiration comes from students and trainees. I teach a course on quality of health care in America to Harvard College students and, when I talk to them, when I hear their passion, I feel motivated and inspired to be more effective in my own work.

As a physician, I take care of patients. Why do I do that? Because I love the satisfaction of caring for people. I know I can’t always cure people’s illnesses, but I can be a partner in helping them lead better lives. But what’s really clear to me is that I’m only as good, I’m only as effective, as the system in which I practice. So if we care about improving the health of the world’s population, we have to care about improving the systems of care not just in the U.S., but also in Liberia, and India, and around the world. And that’s been the focus of my work — strategies for improving the effectiveness of health systems — and it is central to my mission as a physician and as a teacher.

GAZETTE: What do you see as Harvard’s role in improving health around the world?

JHA: Harvard is uniquely situated to make a big impact on global health. Of course, it already does, but the truth is we could do so much more. There may be no other institution in the world that has the depth and breadth of activity on global health that Harvard does. If you take the Harvard Schools and the Harvard teaching hospitals and put them all together, it’s a phenomenal place.

I have to say a major inspiration for me is our University leadership — both President [Drew] Faust and Provost [Alan] Garber. They have clearly articulated the importance of global health to Harvard and how committed they are to making the University more effective in global health. I don’t know any other university president or provost who has been as clear about declaring that improving the health of the world’s population is a major priority. And I love that. It inspires me to do better.

GAZETTE: It wasn’t that long ago that global health looked bleak — we were in the depths of the AIDS epidemic, many, many people were dying — what’s changed?

JHA: Two things turned around the AIDS epidemic: knowledge and will. The will was catalyzed by activists who refused to be patient. They pushed the entire medical community to tackle the disease more aggressively. And that political will translated into more focus on knowledge generation — new research and discovery that ultimately turned HIV into a chronic disease, rather than a terminal disease, for many people. And we have seen that play out for other diseases, such as polio and malaria, where we are combining new knowledge and will to make meaningful headway.

GAZETTE: For members of the Harvard community who aren’t familiar with it, what can you tell us about the Harvard Global Health Institute?

JHA: Harvard has a longstanding commitment to global health. There are people committed to education in global health, a large number of faculty working on new research and a large cadre of individuals within the Schools and our affiliated hospitals working on translating that knowledge into practice. The work of Harvard in global health is substantial and impressive.

However, despite all of this activity, we all have a sense that we could be doing better. We have a sense that, to use a cliché, the whole can be greater than the sum of the parts. And that’s the agenda of the institute, to make Harvard more effective in global health — in our teaching mission, in our research mission, and in our mission to translate the knowledge into better health.

At the end of the day, the institute’s success will be measured based on whether we helped make Harvard more effective at improving the health of the world’s population.

GAZETTE: What are the tools the institute has? How does it do its business?

JHA: You have people who are doing amazing, cutting-edge work, but the nature of that work often means they don’t know what others are doing, so the opportunities for collaboration aren’t obviously apparent. One of the things we can do is create a community where we facilitate that collaboration. We’re going to focus on fostering a sense of community for students, staff, and faculty who are engaged in global health.

There are people in the Law School, the Divinity School, obviously the Medical School and School of Public Health, the Business School, who care deeply about global health, but they see the world through their disciplinary lens. If you’re at the School of Public Health working on how to improve access to health care for people in India, it might be helpful to understand how legal scholars think about health as a right and how that shapes policy.

So we have launched some specific efforts. One that I’m excited about is a working group of graduate students who are focused on global health. It’s an opportunity for them to come together to exchange ideas and learn from each other. And if it goes well they can become a conduit for more interfaculty collaboration.

Imagine a School of Public Health doctoral student who goes back to their mentor and says, “I spent two hours over at the Law School talking to two law students who have been thinking about universal health coverage as a right.” Maybe that faculty member picks up the phone and calls the law professor and says, “Can we have lunch and talk about this?”

GAZETTE: What about undergraduates?

JHA: The passion that undergraduates have for global health is just marvelous. It’s actually quite inspiring. They have energy, creativity, ideas. Where we can be helpful is in channeling that creativity toward productive work. We believe that the institute is a natural home for them to organize, to bring speakers in to educate themselves, and to think about how global health is going to be an important part of their education.

The goal is not to turn everybody into a global health person, the goal is to ensure that people understand the interconnected nature of global health and to bring those values into whatever work we do, whether it’s running a private equity fund or working for an NGO in India.

We have also identified topics on which we’re going to start a series of activities. One of them is focused on understanding the global health effects of climate change.

Climate change is real and it’s going to have a profound effect on the health of the world’s population — in our lifetimes. There is so much that we don’t know about how this is going to play out or what we can do to mitigate the health effects of climate change.

Another topic that’s gotten inadequate attention is the global aging population and how health systems are preparing. The number of people who are aging and the challenges it will create in China, in India, are going to dwarf the problems that we see in the U.S. Yet those health systems, I think, are ill-prepared to manage this change.

There are people who are doing great work on aging, doing great work on health systems, but there is not enough work that crosses these silos. I’ve been thrilled to find colleagues across the University eager to get engaged and collaborate. And if the institute can play a small role in making that collaboration happen, if we can play a small role in helping Harvard tackle some of these big, seemingly intractable problems, we will have done our job. This is an exciting time for global health, especially at Harvard. I think our work is just getting started.