Ebola outbreak: A system that failed 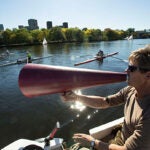 A hub for rowers

Harvard professor explains how to prevent the next pandemic

Between 1976 and 2012, Ebola outbreaks claimed approximately 1,600 lives. But the most recent outbreak of 2013–14, which consumed the coast of West Africa and spread to the U.S. and Europe, claimed more than 11,000. Why was this Ebola outbreak so different?

“If you look at what happened in this global catastrophe, it was completely preventable,” said Ashish Jha, M.D. ’97, M.P.H. ’04, the K.T. Li Professor of International Health, a practicing physician of internal medicine in the VA Boston Healthcare System, and director of the Harvard Global Health Institute. “We knew something like this was going to happen, we had systems in place to prevent it, and they all failed.”

Jha spoke at the Harvard Ed Portal on Nov. 5 as part of the Faculty Speaker Series. The lecture featured material from Jha’s edX online course, PH557x, “Lessons from Ebola: Preventing the Next Pandemic,” which begins Dec. 3.

“Ebola is a disease you contract by caring for people with Ebola,” he said. “When a child gets sick, a parent’s instinct is to hold them; thus, parents get sick. Ebola is a caregivers’ disease and affects entire families.”

The most recent outbreak is believed to have started with a 2-year-old child named Emile in Guinea, West Africa. Emile’s village, Meliandou, is located near the borders of Sierra Leone and Liberia, which allowed the virus to travel across borders and into cities quickly.

Different parts of the world also had vastly different treatment options. Despite the best efforts of one of the only groups to treat the disease at the onset of the pandemic, Doctors Without Borders, Ebola killed 70 percent of those treated in Africa. Outside of Africa, in the same time period, Ebola killed 20 percent of those treated. The likelihood of death from Ebola was largely determined by where a person was infected and where they received treatment.

In many ways, Jha said, “we got lucky. If this had been a different virus, it could have been dramatically worse.” For example, Jha noted, Ebola isn’t an airborne disease and it’s not that infectious. He argued that the death count could have been close to zero if the organizations involved had made different choices. 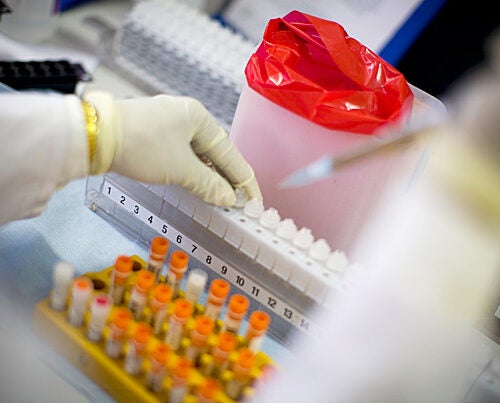 “The countries didn’t have the proper resources,” Jha said. He highlighted that, while critical, it is not just about treating individual patients. “The World Health Organization [WHO] mostly downplayed the outbreak, and when the WHO said [Ebola] might be getting out of control, the leadership of the countries involved asked them not to do so. Why? Because of how it would look in the public eye.

“It’s never just one entity that creates a situation like this, but multiple entities creating a terrible situation,” he said. “If the world had responded differently in June 2014, we would be talking about a thousand deaths rather than 11,000.”

Last fall, it became clear to Jha and other leaders that the response had been a disaster. Julio Frenk, then dean of the Harvard T.H. Chan School of Public Health, worked with Jha and Suerie Moon to pull together a task force. Their goal was to better understand what had happened and how to prevent it from happening again. The task force’s findings will be published in The Lancet on Nov. 23. (Moon is research director and co-chair of the Forum on Global Governance for Health at the Harvard Global Health Institute, among other positions. Frenk is currently the president of the University of Miami.)

An important insight for Jha, he said, was the realization that “the university is a voice for civil society. There is no other obvious choice. Institutions and universities like Harvard have to be the independent voice of the citizenry. What is clear to me is that containing the next epidemic will require getting in front of the policymakers and for universities to take a leadership role.”

The report is made up of contributions from practitioners and experts in the field. This approach allowed Jha, and the task force, to pull together diverse insights on what actually happened and how we might do better next time.

The event spoke to the world’s continuous global health challenges, said Rob Lue, the faculty director of the Harvard Ed Portal and of HarvardX, professor of the practice of molecular and cellular biology, and the Richard L. Menschel Faculty Director of the Derek Bok Center for Teaching and Learning.

“How the world responded to the most recent Ebola crisis obviously shapes how we’ll respond to other outbreaks and pandemics in the future,” Lue said.

“Professor Jha has a unique insight into what we learned, and what we can — and should — do differently going forward,” Lue continued. “His ability to look at the epidemic through international, national, and local lenses will be invaluable to our hospitals, our policymakers, and anyone interested in safeguarding themselves.”

Register for Jha’s HarvardX course by clicking here. The course, which is free, begins Dec. 3.