A voice for creative leadership 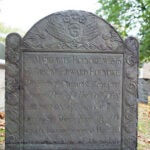 Amid the Old Burying Ground

How do you take a break from a demanding career for the first time in decades? If you are Deborah Borda, president and chief executive officer of the Los Angeles Philharmonic, you head to Harvard.

Since August, Borda has been a Hauser Leader-in-Residence at the Center for Public Leadership at the Kennedy School, where she has been sharing her passion for the arts and imparting life lessons to leaders-in-training.

Trained as a classical violinist and violist, Borda credits crucial aspects of her personal and professional development to music. “It sort of absorbed my life,” she said on a recent morning in her HKS office. Playing an instrument helped her learn how to solve problems, react to stress, and perform in public, she said: “All great human lessons.”

As such, music and the arts, she said, have a major role to play for all of us, not just professionals. Borda, the first Hauser Leader-in-Residence from the arts world, said she’s been impressed by Harvard President Drew Faust’s efforts to integrate the arts more fully into the curriculum and campus life.

“We can be great at all kinds of philosophical and statistical analysis, but there’s another component of every human being that we need to really enliven and speak to.

“When you look at a place like Harvard, where we are preparing people who will be the future leaders of the world, this is critical.”

The New York City native has made that issue a priority in her work with the Los Angeles Philharmonic, where she’s constantly on the lookout for new ways to find “the happy and successful intersection for society and for music.”

It’s an approach she honed at the helm of various orchestras, including the New York Philharmonic, where she served as executive director for a decade.

Borda left New York at the turn of the century, lured by the chance to help make architect Frank Gehry’s plans for the Los Angeles Philharmonic’s Walt Disney Concert Hall, a gleaming silver mass of evocative angles and curves, a reality.

“I’m ambitious to learn,” she said. “That’s critical for my own psyche.”

In the past decade, Borda has faced the added challenge of keeping pace with the times and resonating with more diverse and digital-savvy audiences. Her programming in Los Angeles has included everything from live theater broadcasts of performances to a computer-enhanced orchestra experience that offered viewers a chance to don headsets and take a virtual seat with the first violins.

“What one needs to think about is the combination of the issue of diversity and the advent of the digital age and how people consume culture. It is a kind of one-two punch … [and] if institutions aren’t thinking ahead and dealing with these issues, they will be in trouble.”

Borda also famously brought on Gustavo Dudamel, the vibrant young Venezuelan conductor, to lead the orchestra in 2009. She knew instantly he was her man. “It was spontaneous combustion,” she said of watching him guest-conduct the group a few years earlier. “I thought ‘I haven’t seen something like this, this is a spirit that is from someplace else.’”

But as important as bringing Dudamel to L.A. was an accompanying education in mixing music with social engagement. In her effort to woo the conductor, she visited Venezuela, where she witnessed the transformative power of El Sistema, a music program for children in underserved communities founded by Venezuelan economist and educator José Antonio Abreu. The program was where Dudamel himself had first flourished in music.

The El Sistema-inspired Youth Orchestra Los Angeles was founded in 2007 and annually serves hundreds of low-income students, connecting them with instruments and lessons, and teaching them, said Borda, how to be “good human beings and citizens.”

“The metaphor of the orchestra as citizenship and teamwork,” she said, “is really fascinating.”

For Borda, diversity in the arts is paramount. Conducting, she pointed out, has often been thought of as a “completely male-identified profession; the epitome of the maestro is an older, graying man.” But conventional wisdom is changing, and she is helping drive that change. For a decade, resident and associate conductors at the Los Angeles Philharmonic have been female, and for those who attend the orchestra’s youth concerts, chances are high that a woman will be up on the podium.

“So the first person they see is going to be a woman; they are going to think differently.”

Borda has been encouraged by growing gender diversity among the players in leading symphony orchestras, and among the executive ranks in art institutions. But a lingering narrative that paints successful women as aggressive and pushy, and successful men as visionaries, troubles her.

“This is something that women leaders have to grapple with, and I think it is changing, but it is a projection of stereotypical prejudice in values onto women in leadership positions. It’s as simple as that.”

What qualities make a great leader, in Borda’s eyes?

“Honesty, resilience, and a true sense of inquiry, and last but not least, energy,” she said.

Leaders also have to listen. Asked what advice she’d give her younger self, Borda answered, “Great leaders have to move people outside of their culture, but they have to think about strategic and more careful ways of doing so. I think sometimes I went too fast. [Careful listening], that would be an important piece of advice I would give to myself.”

Borda has kept a busy schedule at HKS, taking part in discussions with faculty and students. In the coming weeks, she will host a series of conversations with “profoundly creative people.”

The series kicked off Oct. 30 at the Charles Hotel with theater, opera, and film director Julie Taymor. Others slated to participate include former Disney chief Michael Eisner, Gehry, and composer John Adams ’69.

Borda, set to stay on in Cambridge through December, said she hopes to leave students with a greater understanding about the vital role of the arts in society, and expects to head back to California energized by what she’s learned.

“It’s always a two-way street,” she said. “The most profound learning comes when you teach.”

Upcoming conversations: American businessman and former CEO of Walt Disney Co. Michael Eisner will sit down with Deborah Borda at 6:15 p.m. on Nov. 9 at the Starr Auditorium, Harvard Kennedy School Belfer Building. For more information, click here. On Nov. 13, Borda will be in conversation with celebrated architect Frank Gehry.