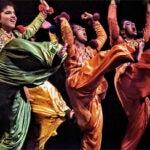 In an age of accessibility, we often gloss over the strange beauty of stairwells

Stairways inhabit the spaces where we live and work. Whether they’re tucked into cavities in the wall or suspended in grand ceremonial style for all to see, we travel along their treads.

Preston Scott Cohen, Gerald M. McCue Professor in Architecture at the Harvard Graduate School of Design, delights in stairwells: “They bind spaces together. They’re the means of vertical spatial communication.”

Dedicated to movement and human activity, the stairway uniquely guides us. Cohen said, “It’s the one point in the building where you recognize the space shaping our movement so specifically. Everywhere else we can move left, we can move right, we can move this way and that; of course a corridor directs us to move in a particular direction; however, the stair is more prescriptive, more definitive.”

Single run, switchbacks, L-shaped, curved, spiral, triangular — there are many ways to describe their forms. There are slow and fast stairs. The riser-tread ratio, the proportion between the height of the riser and the depth of the tread, determines the speed of the stair.

According to Cohen, the double-helix is one of the most remarkable types. The most famous example is the Bramante Staircase in the Vatican, designed by Giuseppe Momo in 1932. “The two paths are mutually exclusive. This double-ness is illusory because we perceive it as unifying. It is frustrating and thrilling at the same time.”

While there are no double-helix stairwells at Harvard, there are examples in every other form and material. Glancing around the campus, stairs of marble, metal, wood, and cement spiral and cascade. Visually, they range from modest and functional to boastful and grandiose, blanketed in shadows to bathed in light. Functionally, they redirect and reorient motion and perspective.

In the CGIS Knafel Building, architect Harry Cobb accomplished an impressive spiral stair. “What’s interesting about the Knafel spiral is how carefully he considered the dimensions,” said Cohen. “The problem with the spiral stair is that the step is wider at the perimeter than the center. Harry Cobb believes he has reached the correct balance between the two.”

In this age of accessibility, an era of ramps, escalators, and elevators, what is the architectural sustainability of the stair? “The stairs’ time may have passed,” lamented Cohen. “This is a problem, especially for architects who love them so much. Should there really be great stairs that dominate spaces that only some people have access to?”

Imagining a world without stairs is troubling for Cohen. Strong and prescriptive, “it’s the most eloquent and beautiful way to represent directional, sequential, spatial ideas … The stair is beautiful because we see it rise quickly.” He said simply, the stair is “not just an object. It’s a doer.”