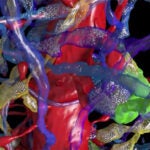 Relaxation-response techniques, such as meditation, yoga, and prayer, could reduce the need for health care services by 43 percent, according to a study at Harvard-affiliated Massachusetts General Hospital (MGH) that looked at participants in a relaxation-response-focused training program.

Previous studies have shown that eliciting the relaxation response — a physiologic state of deep rest — not only relieves stress and anxiety, but also affects physiologic factors such as blood pressure, heart rate, and oxygen consumption.

The paper’s authors noted that stress-related illnesses, such as anxiety and depression, are the third-highest causes of health expenditures in the United States after heart disease and cancer (which also are affected by stress).

The study, based at MGH’s Institute for Technology Assessment and the Benson-Henry Institute (BHI) for Mind Body Medicine, found that individuals in the relaxation-response program used fewer health care services in the year after their participation than in the preceding year.

The report was published Tuesday in the open-access journal PLOS ONE.

“Our study’s primary finding is that programs that train patients to elicit the relaxation response — specifically those taught at the BHI — can also dramatically reduce health care utilization,” said James E. Stahl of the MGH Institute for Technology Assessment, who led the study. “These programs promote wellness and, in our environment of constrained health care resources, could potentially ease the burden on our health delivery systems at minimal cost and at no real risk.” Previously affiliated with the Benson-Henry Institute, Stahl is now based at Dartmouth-Hitchcock Medical Center.

The relaxation response was first described more than 40 years ago by Harvard Medical School Professor Herbert Benson, founder and director emeritus of the BHI and a co-author of the current study. The physiologic opposite of the well-documented fight-or-flight response, the relaxation response is elicited by practices including meditation, deep breathing, and prayer, and has been shown to be helpful in the treatment of stress-related disorders ranging from anxiety to hypertension.

To analyze the potential impact of mind-body interventions like the relaxation response on use of health care services, the researchers examined information available through the Research Patient Data Registry (RPDR) of Partners HealthCare. The research team gathered data on individuals participating in the BHI Relaxation Response Resiliency Program (3RP) from 2006 to 2014. The program combined elicitation of the relaxation response with social support, cognitive-skills training, and positive psychology designed to build resiliency.

Based on the number of health care encounters in the studied period, which included interactions in any setting — imaging studies, lab tests, and procedures — the 3RP participants had an average reduction of 43 percent in their use of health care services in the year after their participation.

The control group had an overall, but not statistically significant, increase in service utilization in the second year. The utilization-matched 3RP subgroup had a reduction of around 25 percent across all clinical services. Clinical areas in which 3RP participation was associated with the greatest reduction in service utilization were neurologic, cardiovascular, musculoskeletal, and gastrointestinal. The investigators estimate that the price of participating in programs like 3RP would be made up in costs savings in four to six months or less.

Stahl noted that the results of this investigation need to be validated by a prospective study that would also explore where and when best to use mind-body interventions like the Benson-Henry Relaxation Response Resiliency Program.

“I think of it this way: There are many gates to wellness, but not everyone is ready to walk through a particular gate at a given time. From a public health perspective, it is better to be prepared to offer these tools to people in their customary settings than to wait for them to seek out these interventions. For that reason, we feel that mind-body interventions — which are both low-cost and essentially risk-free — should perhaps be incorporated into regular preventive care.”

Benson added, “From the outset, our primary goal has been to enhance the health and well-being of people by counteracting the harmful effects of stress and alleviating the many diseases that are caused or exacerbated by stress. The challenge now is to disseminate these findings, which we feel will be of great interest to health care payors [such as insurance companies] and policy makers.”

Additional co-authors of the PLOS ONE paper were Michelle Dossett, John Denninger, Darshan Mehta, Roberta Goldman, and Gregory Fricchione of the Benson-Henry Institute; and Scott LaJoie of the University of Louisville.