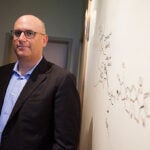 Humanity’s descent is looking less like the linear succession it’s often thought to be and more like something resembling an ancient mosh pit.

The last decade’s revolution in our ability to read ancient DNA has transformed our understanding of humankind’s roots, settling long-running debates among scientists about who is related to whom, and creating a swirling picture of human ancestry in which groups regularly immigrate, emigrate, colonize, conquer, and disappear, exchanging genes, languages, and cultures whose traces still exist.

Traditionally, scientists have inferred relationships by comparing morphological traits from remains found in different parts of the world. With the advent and expansion of DNA technology, we are increasingly discovering not just what people looked like in a particular region over time, but who bred with whom and where they originated. In Europe, for example, groups whose remains have been found in the archeological record turn out to have made little contribution to the gene pool of modern Europeans.

“New groups arrived in Europe after the advent of farming. Europe is a dynamic place,” said John Hawks, the Vilas-Borghesi Distinguished Achievement Professor of Anthropology at the University of Wisconsin-Madison. “Europe has undergone a succession of colonization by other populations.”

Hawks spoke at the Radcliffe Institute for Advanced Study’s Knafel Center last Friday. He was one of the speakers at the institute’s annual science symposium, this year focused on “The Past, Present, and Future of DNA.” The session featured discussions related to modern DNA analysis, including the possible resurrection of extinct animals like the mammoth, forensic DNA investigation, the ethics of DNA, and a peek at the likely future of DNA science.

Radcliffe Dean Lizabeth Cohen, the Howard Mumford Jones Professor of American Studies, introduced the event, saying that science is in the institute’s own DNA, going back to Radcliffe College’s Bunting Institute (named after Mary Ingraham Bunting, former Radcliffe president and microbiologist). DNA, Cohen said, has fascinated and challenged scientists since it was first isolated in 1869. Since then, she said, advances in DNA technology have transformed an increasing number of fields, even history.

Janet Rich-Edwards, co-director of Radcliffe’s science program and associate professor at Harvard Medical School and the Harvard T.H. Chan School of Public Health, compared the impact of modern DNA science with the moon landings. And, as transformative as the impact of DNA technology has been already, its future is rife with possibility, as scientists devise ways to edit the genome, create artificial DNA, and engage in large-scale environmental DNA sampling, providing new ways to understand the environment and what inhabits it.

The possibility of bringing back extinct species is a topic that engages the public, according to Beth Shapiro, associate professor at the University of California at Santa Cruz. Shapiro, who explores what DNA says about ancient animal populations in Beringia, the area around the Bering Strait, said the first question people often ask is whether it’s possible to clone a woolly mammoth. Shapiro said the answer is no, but added that it actually might be a good idea. Unlike other extinct animals that vanished along with their habitat, the mammoth’s habitat on Siberia’s frozen plains might still be appropriate.

The mammoth, Shapiro said, was likely driven to extinction by human hunters, and there are stretches of the Siberian north that could again become its home. In fact, she said, researchers are already at work in Siberia’s Pleistocene Park, testing a theory that it was the disappearance of large herds of grazing animals — including the mammoth — that transformed productive grasslands into the current tundra.

They are working to restore herds of deer, moose, and other large herbivores in hopes that their grazing, trampling, and other behaviors will re-create an environment called the Mammoth Steppe.

There is still a long way to go to create a mammoth, however, Shapiro said. Scientists have compared the genomes of the mammoth with existing elephants and found that the Asian elephant is the mammoth’s closest relative, sharing some 99 percent of its DNA. But that remaining 1 percent, Shapiro pointed out, amounts to 1.5 million base pairs, some of which would be critical to the animal’s survival. One change, for example, makes blood better able to transport oxygen in cold weather, key for an animal adapted to frigid temperatures.

“These guys really are ecosystem engineers,” Shapiro said of the mammoths. “Bringing these guys back, bringing back the large herbivores will re-establish interactions that … [have been] missing since the time of their extinction.”