Chasing wonder to the finest detail 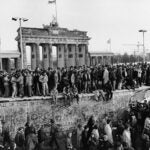 In 1988, when Rebecca Skloot first heard the name of the woman whose cancerous cells had become “immortal,” thriving in research labs around the world long after killing their host, little did she know she had found the story of her life — or one of them, as it turns out.

By now, many know Skloot as the author of “The Immortal Life of Henrietta Lacks.” The book paints a vivid picture of Henrietta’s life, and recounts how her diseased cells, taken without her knowledge or consent, helped advance some of the greatest breakthroughs in medical science long beyond her death in 1951. The book shot up The New York Times best-seller list soon after it was published, in 2010, the success a reflection of its astonishing story and of Skloot’s attention to detail and drive to get the facts right. The book took her more than 10 years to research and write and she still crisscrosses the country to talk about it, often alongside members of the Lacks family.

Part detective story, part family saga, part portrait of U.S. race relations, and part history of cell technology, “Henrietta Lacks” struck a deep cultural nerve. A Times reviewer called it “one of the most graceful and moving nonfiction books I’ve read in a very long time … it feels like the book Ms. Skloot was born to write.”

As a 16-year-old, around the same time she learned about Henrietta Lacks’ cells, Skloot saw her father decline from marathon runner to “completely incapacitated,” unable to walk, with almost no memory. “He just became this stationary, what seemed to be a dying person in our living room,” recalled the author, who is currently researching a new book as a visiting scholar at the Radcliffe Institute for Advanced Study.

Looking for answers, he enrolled in a clinical trial. With her new driver’s license, Skloot took him to weekly appointments where doctors would test his stamina by making him run to the point of collapse on a treadmill, or check his balance by having him crawl around on all fours. It was a traumatic experience for a loving daughter.

“There I was, as a kid, just sort of watching this happen to my father and being in the room for all of it.”

Her father’s illness — what turned out to be a virus that had attacked his brain — fueled her interest in science and research and her obsession with Lacks. But as she worked on the Lacks project, a separate book idea never entirely receded, Skloot said, one that combined her passion for science with another obsession: animals.

Skloot’s love affair with creatures great and small runs deep. As a young girl she opened a surgery ward in her bedroom for her stuffed animals. She smuggled “pets” into the house, including a rat that she hid in her closet. She even broke into the neighbor’s house to kidnap their dog for play-dates.

When she struggled to engage in school, her parents tried to coax good grades from Skloot with the promise of pets if she performed well, which she never did. Then, on her 16th birthday, she got an Alaskan malamute mix with a fluffy black, gray, and white coat. She called him Sereno.

“He went everywhere with me,” said Skloot, “on my crazy escapades.”

Planning to eventually become a vet, Skloot worked several part-time jobs as a technician in veterinary clinics and research labs and, to help pay her undergrad tuition, at Colorado State’s veterinary school. It was a challenging time, as Skloot struggled with the intersection of science and ethics. In the clinics she took care of people’s pets, while in the morgue’s freezer she saw firsthand the “end result of all the teaching and research.” In one lab she assisted a researcher working on a virtual-reality program he hoped would replace the use of live dogs for teaching anatomy and surgery, while in another, she saw first hand important science being done with laboratory animals.

“All of my jobs were mirroring all these big questions I was having: How do we take care of animals ethically? How do we decide when you use an animal in research versus when you use some of these other models?”

Those questions coincided with her decision to take a writing class to fill a school requirement, and a writer was born. Skloot’s work fed her creativity and filled her class assignments. “I was hemorrhaging stories about the world of veterinary medicine.”

After graduation she passed on vet school for a Master of Fine Arts program at the University of Pittsburgh, producing a thesis on forgotten women in science that would eventually morph into “The Immortal Life of Henrietta Lacks.”

The book was deeply influenced by her early work with animals, said the author. Her experience in clinics, research labs, and the morgue helped her become “the person who wrote Henrietta Lacks’ story. I started off in this place of facing these really big, complicated ethical questions from the inside, and seeing both sides.”

Offering different points of view is what she plans to do with her new book, which will explore the often complex and sometimes controversial dimensions of the human-animal bond, and investigate, as her website puts it, “some of the biggest, and as yet unanswered, questions at the heart of animals’ roles in our lives.”

“I value the science. It’s incredibly important. And I also understand the ethical questions from very personal experience, both on the human side and the animal side,” said Skloot.

“In a sense that’s what I feel like I was trying to do in the first book,” she added. “Take these worlds that don’t trust each other, don’t understand each other, can’t talk to each other, and as a result, bad things happen, both for science and for people, and sort of say, ‘OK, let’s see if we can look at the places where these overlap and how can we have a productive conversation based on facts about all of this.’ That’s what I’m hoping to do.”

Much of her research involves diving into her own past, poring over 20-year-old notes from college. She laughs and calls her early writing “overwrought,” but her initial instincts about capturing narrative details on the page have proven invaluable.

“I don’t even know how I would be able to write this book if I hadn’t been writing about it for two years in my undergrad classes. So really, that stuff forms the beginning of the book that I am writing now.”

Current research will also inform her work. Skloot has been meeting with experts from across the University in recent weeks, connecting with scientists and visiting labs to help her flesh out the book’s key themes.

“Rebecca’s interest in animal-human interaction runs deep, and she is bringing the same rigorous approach to this subject that she applied to the HeLa cells,” said Radcliffe Dean Lizabeth Cohen. “Being a visiting scholar at the institute allows her to engage in conversation with experts across the University as she takes on a challenging new subject, and for our Harvard community to learn from her unique perspective. We hope that her time at Radcliffe will enrich this fascinating new book.”

Though she is deep into her new project, interest in her first book still commands a crowd. Skloot delivered a talk this month to a packed Knafel Center, and then met with more than 50 Harvard students on Radcliffe’s campus during a lunchtime discussion the following day.

With so much attention on her debut, does she ever worry about living up to her runaway success? Not if she stays true to her own sense of wonder and curiosity, she said, the kind of amazement she first felt when her high school biology teacher wrote the name Henrietta Lacks on the chalkboard. That wonder made her want to know more, and the incredible story she uncovered about Lacks made her want to share it with the world.

“I tell myself I just have to keep writing stories that make me feel that way.”