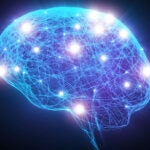 Why MS symptoms may improve as days get shorter

Students with less than 20 minutes to eat school lunches consume significantly less of their entrées, milk, and vegetables than those who aren’t as rushed, according to a new study from the Harvard T.H. Chan School of Public Health.

The study appeared online today in the Journal of the Academy of Nutrition and Dietetics.

“Many children, especially those from low-income families, rely on school meals for up to half their daily energy intake, so it is essential that we give students a sufficient amount of time to eat their lunches,” said Juliana Cohen, adjunct assistant professor in the Department of Nutrition at Harvard Chan School, assistant professor in the Department of Health Sciences at Merrimack College, and lead author of the study.

“Every school day the National School Lunch Program helps to feed over 30 million children in 100,000 schools across the U.S., yet little research has been done in this field,” said Eric Rimm, professor of epidemiology and nutrition at Harvard Chan School and the study’s senior author.

While recent federal guidelines enhanced the nutritional quality of school lunches, there are no standards regarding lunch period length. Many students have lunch periods that are 20 minutes or less, which can be an insufficient amount of time to eat, according to the authors.

The researchers wanted to examine the effect of lunch period length on students’ food choices and intake. They looked at 1,001 students in six elementary and middle schools, with lunch periods ranging from 20 to 30 minutes, in a low-income urban school district in Massachusetts, as part of the Modifying Eating and Lifestyles at School (MEALS) study, a collaboration between Project Bread and Harvard Chan School. They analyzed the students’ food selection and consumption by monitoring what was left on their plates at the end of the lunch period.

Waiting in serving lines or arriving late to lunch sometimes left children in the study with as little as 10 minutes to actually sit and eat. The researchers acknowledged that while not all schools may be able to lengthen their lunch periods, they could develop strategies to move kids more quickly through lunch lines, such as by adding more serving lines or setting up automated checkout systems.

“We were surprised by some of the results because I expected that with less time children may quickly eat their entrée and drink their milk but throw away all of their fruits and vegetables,” said Rimm. “Not so — we found they got a start on everything, but couldn’t come close to finishing with less time to eat.”

Jaquelyn Jahn, a master’s student in the Department of Social and Behavioral Sciences at Harvard Chan School, was a co-author.

The study was funded by a grant from Project Bread and Arbella Insurance. Cohen was supported by the Nutritional Epidemiology of Cancer Education and Career Development Program.