Keeping an eye on screen time 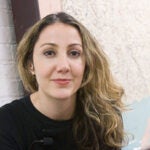 First there was too much TV, then computer and video-gaming addictions. Today, the proliferation of smart screens gives kids a three-in-one box, portable enough to be watched from anywhere, out of sight of watchful parents.

With parents and kids in back-to-school mode, refocusing on the daily demands of homework, sports, and activities, time spent staring at a screen comes at a premium. Steven Gortmaker, professor of the practice of health sociology at the Harvard T.H. Chan School of Public Health, has been studying how we have used and sometimes abused screen time since the 1980s, when he published one of the first studies linking TV watching to obesity.

He recently applied the same scrutiny to an ever-present concern for 21st-century families, publishing with Kaley Skapinsky an online parents’ guide titled “Outsmarting the Smart Screens.”

GAZETTE: What are the potential negative effects of too much screen time?

GORTMAKER: We’ve been studying this issue for a long time. The first article we did on the topic was back in 1985. That looked at the relationship between changes in television viewing time and changes in rates of obesity among children and youth in a large national data set. That was the first study to establish a fairly substantial relationship there, and the mechanisms have since been studied a lot.

Children who watch more television have higher rates of obesity. It’s related to marketing, via television, foods that contribute to obesity — for example, sugar-sweetened beverages and fast food. Children also tend to be inactive during that time, but it’s the food marketing that drives most of this relationship. The experimental studies, including randomized trials, documenting this relationship continue to grow, and it is very clear you can reduce viewing time and improve health outcomes.

These are just two of the health-related effects of screen time. Technological change has driven things, first with television — the lack of control of TV marketing to kids — then the growth of personal computers and video gaming, and now the growth of smartphones. It has led to a huge proliferation of devices that can engage children for many hours a day.

Beyond the health effects, more than anything else when children are young, they need to spend time with real people: other children and adults. So we are very interested in helping parents lower the dose — not necessarily to ban technology, but just lower the dose so children don’t spend their entire days with televisions, computers, video games, and now smartphones.

GAZETTE: Is back-to-school a time that parents should begin thinking harder about this, with screen time competing with homework and activities?

GORTMAKER: If you want to use the words of behavioral economics, parents are concerned about the “transaction costs” of trying to rein in and lower the dose of these devices.

Parents are often reluctant to intervene and limit their children’s screen use because they believe they will have to monitor what the kids are doing, figure out when the time is up, and then convince the child to end the activity.

That’s why we wrote this guide. There’s now lots of software and hardware available to make it really easy for parents to lower the dose — at very low transaction costs. However, few parents are now using these options, which we consider a shame because it actually makes parenting in this area a lot easier.

GAZETTE: Can you talk a little about some of the tips you think might be useful to parents?

GORTMAKER: One that’s pretty simple revolves around use of computers and iPads and the like. Typically they will come with parental controls that allow you to set blockout times when these devices can be used and can’t be used, let’s say at night, when you want children to be sleeping.

Other controls are available for different types of television screens and video games. There’s a device called TV Bob — there used to be an earlier version, called TV Allowance — where each child gets a four-digit code and it basically just controls power to the screen. When they want to use it, they enter their code — you set a total amount of time each week and you can set blockout times. The great thing about this device is you don’t have to do any monitoring after that point. When it gets shut off it isn’t you shutting it off, it’s the device shutting it off. It works really well, particularly with younger children. You don’t want to try and start using it with a teenager.

GAZETTE: So instead of having the battle of shutting it off and the headache of trying to track the time …

GORTMAKER: The transaction costs there are enormous and that’s why I think parents shy away from this area of parenting, because it just seems hopeless and impossible, but the technology actually makes it quite simple.

GAZETTE: And you can save your energy, as a parent, for other fights?

GORTMAKER: Exactly, but again all this is much easier if you begin setting these limits when children are young. For our children we began around first grade. I admit, I just don’t see the utility of children spending an average of three to four hours a day sitting in front of the TV when there are so many more interesting things to do. It’s also useful to give children time to get bored a little bit, so they can be creative.

GAZETTE: Are there other things parents can do?

GORTMAKER: Parental control of smartphones is more complicated. One of the reasons we wrote this guide is we wanted to get other researchers and people in the technology industry thinking about these issues, because the smartphone is a complicated area. We note in the guide that Steve Jobs was quoted in The New York Times, when running Apple, as saying “We limit how much technology our kids use at home.” But right now smartphones don’t have much in the way of parental controls.

We did hire a couple of smart adolescent computer coders to create software, called Lockwork, that works with Android phones. You can set a total amount of time per week when the smartphone will be a smartphone, and you can also set blockout times, and then times when it’s not a smartphone. It turns into what you might call a dumbphone, where the holder can call their parent, 911, or another number that you decide on.

It’s another way, again, not to get rid of the technology but to lower the dose and set limits. Apple devices don’t have any software like this available. For their computers they have nice parental controls, but not for their smartphones. For Android devices, Lockwork, in this beta version, is something that some people have found useful. It’s something that will work 24/7.

I think smart screens have been a source of confusion for a lot of parents. On the one hand, they want their children to be technologically savvy, but on the other hand they haven’t wanted to get involved in trying to control devices because of the perceived costs. Again, I think it’s really a question of dose. It’s not that hard to use technology to set some limits on smart screen dose, and this can benefit both children and parents.