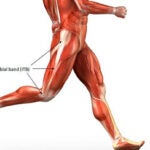 As builders go, termites don’t have many tools at their disposal — just their bodies, soil, and saliva. For guidance they have nothing to go on save variations in wind speed and direction and fluctuations in temperature as the sun rises and sets.

Despite such limitations, the insects have managed to develop structures that are efficiently ventilated, a challenge that’s still a struggle for human builders.

Led by L. Mahadevan, Lola England de Valpine Professor of Applied Mathematics, of Organismic and Evolutionary Biology, and of Physics, a team of researchers that included postdoctoral fellow Hunter King and MIT grad student Samuel Ocko has for the first time described in detail how termite mounds are ventilated. The study, described in an Aug. 31 paper in the Proceedings of the National Academy of Sciences, reveals that the structures act similarly to a lung, inhaling and exhaling once a day as they are heated and cooled.

“The direct measurements essentially overthrow the conventional wisdom of the field,” said Mahadevan. “The classic theory was that if you have wind blowing over the mounds, that changes the pressure, and can lead to suction of CO2 from the interior … but that was never directly measured.

“We measured wind velocity and direction inside the mounds at different locations. We measured temperature, CO2 concentrations … and found that temperature oscillations associated with day and night can be used to drive ventilation in a manner not dissimilar to a lung. So the mound ‘breathes’ once a day, so to speak.”

Mahadevan first got interested in termite mounds more than five years ago, during a visit to the National Centre for Biological Sciences in India. He was surprised to learn that many of the ideas about how the mounds functioned hadn’t been rigorously tested.

Working with Scott Turner, a professor at SUNY College of Environmental Science and Forestry and the author of a book that examines animal-built structures, Mahadevan, King, and Ocko assembled a plan aimed at finding more definitive answers.

“It occurred to us that the internal flow profiles predicted by different potential mechanisms qualitatively disagree with each other,” King said. “By measuring them directly, we could easily identify the right one. The hard part was figuring out how to sensitively measure these small flows in a confined space defended by glue-and-mud-excreting termites.”

Using a series of custom-designed probes, King and Ocko, who is a fellow in applied sciences at Harvard John A. Paulson School of Engineering and Applied Sciences, spent several weeks in India, conducting a variety of tests on both live and dead mounds. These included day and night temperature readings, covering mounds with tarps, blowing air over them, and even using vacuum cleaners to test suction.

“After months of hard thought and preparation, it all comes down to hiking through the woods at 4 a.m. with a laptop, a lantern, custom-built electronics, and a hole saw,” Ocko said. “The ‘aha’ moment made it all worth it.”

The mechanism the researchers identified relies, in large measure, on the structure of the mounds.

The mounds are built around large central “chimneys” that reach from gallery ― the underground vault where the bulk of the colony lives ― to the top of the mound. While the interior of the mound features large structural walls, the exterior is far thinner, with walls that, while impermeable to wind, allow for the exchange of gases.

During the day, Mahadevan explained, as sunlight warms the mound’s outer walls, the air inside warms, causing it to rise.

“What you get is a convection cell,” Mahadevan said. “The warm air can’t move through the walls quickly enough, but it has to go somewhere, and the only possibility is for it to go down into the interior through the central chimney. At night, as the exterior cools, the airflow reverses, and it pulls the air up from the central part of the mound.”

The result, Mahadevan said, is that while CO2 concentrations during the day can reach up to 4 or 5 percent in the center of the mound, airflow at night pulls the gas to the exterior walls, where it can escape by diffusing through the walls.

“But what’s remarkable here is how the termites are using transients. The temperature outside the mound is oscillating, and they have developed a method to harness that to ventilate their mounds.” Mahadevan said.

Aside from revealing how termite mounds work, the study may also offer lessons for architects.

“Could you drive large-scale flows through a building … by cleverly opening and closing doors and windows?” Mahadevan asked. “Rather than spending a great deal of energy for a fan and air conditioning in every room, with the end result being that some people are too hot and some people are too cold … perhaps we should think of the entire thing as a system, and these new measurements suggest that if the architecture is appropriate, ventilation can occur by using environmental transients — something for us to think about.”