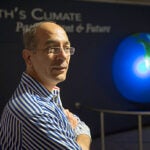 Much of the nation’s energy policy is premised on the assumption that clean, renewable energy, such as wind and solar power, will require huge quantities of storage to make a significant dent in greenhouse-gas emissions from electricity generation. A new Harvard study pokes holes in that assumption. The analysis published Monday in the journal Energy & Environmental Science finds that the supply of wind and solar power could be increased tenfold without additional storage.

“There’s no question that it would be better to have more and better storage and that a sensible long-term strategy for the grid will have much more storage than today,” said co-author David Keith, Gordon McKay Professor of Applied Physics at Harvard John A. Paulson School of Engineering and Applied Sciences (SEAS) and professor of public policy at the Harvard Kennedy School. “But you don’t have to wait for that before deploying more variable renewables.” 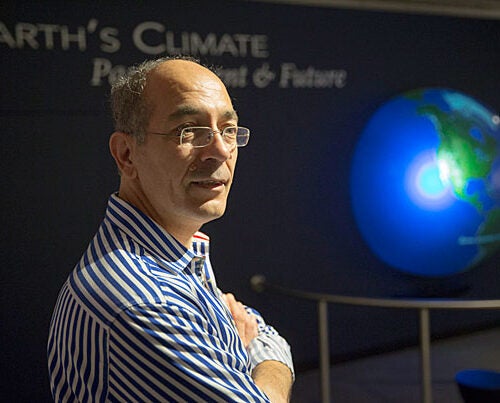 The parametric study conducted by Keith and SEAS graduate student Hossein Safaei posed the question: In order to drastically reduce planet-warming carbon emissions from electricity generation, what amount of “bulk electricity storage” — technologies that can store electricity for hours at a time, such as pumped hydroelectric facilities or flow batteries — is economically efficient?

Since the wind doesn’t always blow and the sun doesn’t always shine at the time that energy is needed, many assume that bulk storage technologies are essential for wind turbines and solar farms to contribute a larger share of the nation’s electricity.

But storage “is not the only strategy to achieve a low-carbon electricity grid,” said Safaei, who is now an associate director with IHS Energy. “Low capital cost in addition to good emissions performance make gas turbines cost-effective carbon-mitigation candidates. Moreover, dispatchable zero-carbon generation technologies — such as hydropower, nuclear, and biomass — can be deployed instead of, or in conjunction with, the intermittent renewables.”

The finding that widespread deployment of batteries for grid-scale storage is not a prerequisite for dramatically increasing the amount of renewable energy we use is “good news,” said Sally M. Benson, professor of energy resources engineering and executive director of Stanford University’s Global Climate and Energy Project. That’s because “more time and R&D is needed to decrease the cost of [bulk electricity storage] and to scale-up production,” said Benson, who was not involved with the research.

Another independent observer, Jay Apt, professor of technology and co-director of the Electricity Industry Center at Carnegie Mellon University, added that the Harvard study makes clear that “the cost of removing pollution from electric generation is lowest when an all-of-the-above strategy is used.”

Keith and Safaei hope that their analysis will inform both R&D investment decisions and government policies.

“We’re trying to knock out a salient policy meme that says that you can’t grow variable renewables without a proportionate increase in storage,” Keith said. “We could cut electric-sector carbon emissions to less than a third [of] their current levels using variable renewables with natural gas to manage the intermittency, but this will require us to keep growing the electricity transmission infrastructure.

“There is a saw-off between transmission and storage; if siting battles stop new transmission then we must increase storage,” he added.

The study was funded by Bill Gates through the Fund for Innovative Climate and Energy Research.