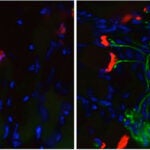 If you’re looking for a miracle drug that cuts heart attack and diabetes risk by 80 and 90 percent, respectively, and also reduces the danger of cancer, stroke, and late-life cognitive decline, just close the medicine cabinet door.

Look in the mirror instead.

Despite recent headlines on potentially revolutionary cholesterol-lowering drugs, panelists in a recent forum at the Harvard T.H. Chan School of Public Health said that the most dramatic health effects will continue to come from the lifestyle choices we make every day.

Eat a healthy diet, don’t pack on the pounds, get regular exercise, and don’t smoke. That recipe for the medical miracle is reliable enough that the panelists said it should be taught in grade school and through health-education campaigns. And research, they suggested, should be directed toward figuring out how to deliver that message in ways that get more people to pay attention.

“The evidence is quite strong that lifestyle factors will go a long way, but we don’t know how to promote a healthy lifestyle, how to get people to do it,” said JoAnn Manson, the Michael and Lee Bell Professor of Women’s Health at Harvard Medical School (HMS). “We need some creative solutions, we need more research to understand how to engage healthy lifestyles in the population.”

Frank Sacks, a professor of cardiovascular disease prevention at the Harvard Chan School and Harvard-affiliated Brigham and Women’s Hospital, agreed with Manson, saying that a 75-year-old who adheres to recommended lifestyle measures — getting enough exercise, eating a healthy diet, and maintaining a normal body weight — will likely experience no cognitive decline for at least the next 10 years.

“We have a very optimistic message,” Sacks said, “we just have to deliver it.”

Sacks and Manson made their comments Thursday at The Forum at Harvard T.H. Chan School of Public Health. The discussion focused on new understandings of cholesterol in light of revised government guidelines — in response to findings suggesting little connection between cholesterol in the diet and that in the bloodstream, where it can be harmful — as well as the development of a new family of drugs that result in much lower blood cholesterol than statins, which are one of the most widely used medicines in the world.

Panelists also included Patrick O’Gara, a professor of medicine at HMS and the Brigham and past president of the American College of Cardiology, and Paul Ridker, a professor of medicine and director of the Brigham’s Center for Cardiovascular Disease Prevention. The event, “Rethinking Cholesterol: Drug Developments and Lifestyle Choices,” was co-sponsored by Reuters and Harvard Health Publications and moderated by Reuters correspondent Bill Berkrot.

While lifestyle choices remain paramount as a foundation for good health, the panelists agreed that statins have been beneficial in lowering cholesterol for millions of patients. The Food and Drug Administration last summer approved the new drugs — called PCSK9 inhibitors — for those with ultra-high cholesterol because of genetic reasons, for those who have already had a heart attack or stroke, and for those for whom statins are ineffective or cause intolerable side effects.

The jury is still out, however, on whether those lower levels might help the millions of people in the broader population who routinely take statins. The new drugs reduce LDL, or “bad cholesterol,” beyond what is possible with statins. Their potential health effects — in reduced heart attacks and strokes — are being examined in an ongoing study of 60,000 people.

Even if the study does find salutary effects, questions about cost and benefit will remain, panelists said. The new drugs are expensive — $14,000 per year for a normal regimen — and, in an era of steadily rising medical costs, will likely come under scrutiny if they are recommended for a large number of people currently on statins.

Manson worried that relying on drugs to treat the nation’s health problems could encourage a scenario in which children too regularly use statins, blood pressure medicine, and diabetes drugs. Aside from the unknown effects of taking such drugs for a lifetime, the illness and cognitive decline linked to unhealthy living would continue.

“The medicines are terrific for high-risk, targeted population groups, but not the ultimate solution to the [problem of] chronic disease throughout the world,” Manson said.

Part of The Dr. Lawrence H. and Roberta Cohn Forums, this webcast was presented Sept. 24 in collaboration with Reuters and in association with Harvard Health Publications. Credit: Harvard Chan School