A passion for motocross 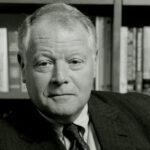 When not working at the Faculty Club, Dan White loves to ride

A foot. A shoulder. A pinky.

Those are the bones that Dan White has broken over 40 years of motocross racing, a side career that began when he was just 4 years old.

“I was born into it,” White recalled. “My dad taught me to ride a bicycle when I was 2, 3, and then at 4 I got my first motorcycle.” By age 5, he was participating in motocross youth competitions.

White, who oversees shipping and receiving and does some purchasing for the Harvard Faculty Club, has competed on and off, and even toyed with going professional. After a long winter, he recently returned to the track, but on the first lap had a flat tire and broke his chain. He packed the bike up and went home disappointed.

While there’s something inherently romantic about a motorcycle — the danger, the speed, that fabled open road — White says racing is more of a solitary endeavor.

“You do need other people, which is kind of contradictory. You need family, people supporting you, people for parts and support. But not to be selfish, I like that it’s not a team sport,” he said. “I like the seclusion of being your own boss. It’s you against another person, and that’s it. Or in a competition, you against 40 other people.”

Born in Cambridge, White started off temping at Harvard, doing landscaping around the Yard before getting the Faculty Club job. All told, he has worked at the University for nearly 20 years. He takes one of his two bikes, a dirt bike registered for the street, to work. “They’re a blast to ride,” he said. “Nothing like a Harley.”

Though many people never experience the thrill of riding a motorcycle, White said he has no fear when it comes to both casual riding and racing. “If I was scared, I wouldn’t do it,” he said.

The anatomy of a motocross race is simple. The bikers line up, the gate drops, and they’re off, usually in timed races, or the participants are given a number of laps to complete.

“Motocross consists of 100 little mistakes that you’re constantly trying to control all the time. The dirt is uneven, always moving. You’re constantly correcting your trajectory,” he explained.

In 2009 and 2010, White won three championships. He gets amped up, he said, by listening to Metallica and the Deftones.

“When I’m on the motorcycle, I’m 100 percent focused on that,” he said. “There isn’t anything that can distract me. That’s what I like about it. A lot of times you have so many things going on at once, but when I’m doing motocross that’s all I’m thinking about. It frees me from everything else.”