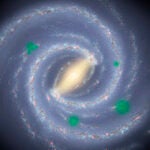 They’re among the most powerful tools for shedding new light on cancer growth and evolution, but mathematical models of the disease for years have faced an either/or stand-off.

Though models have been developed that capture the spatial aspects of tumors, those models typically don’t study genetic changes. Non-spatial models, meanwhile, more accurately portray tumors’ evolution, but not their three-dimensional structure.

A collaboration among Harvard, Edinburgh, and Johns Hopkins Universities including Martin Nowak, director of the Program for Evolutionary Dynamics and a professor of mathematics and of biology at Harvard, has now developed the first model of solid tumors that reflects both their three-dimensional shape and genetic evolution. The new model explains why cancer cells have a surprising number of genetic mutations in common, how driver mutations spread through the whole tumor, and how drug resistance evolves. The study is described in an Aug. 26 paper in Nature.

“Previously, we and others have mostly used non-spatial models to study cancer evolution,” Nowak said. “But those models do not describe the spatial characteristics of solid tumors. Now, for the first time, we have a computational model that can do that.”

A key insight of the new model, Nowak said, is the ability for cells to migrate locally.

“Cellular mobility makes cancers grow fast, and it makes cancers homogenous in the sense that cancer cells share a common set of mutations. It is responsible for the rapid evolution of drug resistance,” Nowak said. “I further believe that the ability to form metastases, which is what actually kills patients, is a consequence of selection for local migration.”

Nowak and colleagues, including Bartek Waclaw of the University of Edinburgh, who is the first author of the study, and Ivana Bozic of Harvard University and Bert Vogelstein of Johns Hopkins University, set out to improve on past models, because they were unable to answer critical questions about the spatial architecture of genetic evolution.

“The majority of the mathematical models in the past counted the number of cells that have particular mutations, but not their spatial arrangement,” Nowak said. Understanding that spatial structure is important, he said, because it plays a key role in how tumors grow and evolve.

In a spatial model cells divide only if they have the space to do so. This results in slow growth unless cells can migrate locally.

“By giving cells the ability to migrate locally,” Nowak said, “individual cells can always find new space where they can divide.

The result isn’t just faster tumor growth, but a model that helps explain why cancer cells share an unusually high number of genetic mutations, and how drug resistance can rapidly evolve in tumors.

As they divide, all cells — both healthy and cancerous — accumulate mutations, Nowak said, and most are so called “passenger” mutations that have little effect on the cell.

In cancer cells, however, approximately 5 percent are what scientists call “driver” mutations — changes that allow cells to divide faster or live longer. In addition to rapid tumor growth, those mutations carry some previous passenger mutations forward, and as a result cancer cells often have a surprising number of mutations in common.

Similarly, drug resistance emerges when cells mutate to become resistant to a particular treatment. While targeted therapies wipe out nearly all other cells, the few resistant cells begin to quickly replicate, causing a relapse of the cancer.

“This migration ability helps to explain how driver mutations are able to dominate a tumor, and also why targeted therapies fail within a few months as resistance evolves,” Nowak said. “So what we have is a computer model for solid tumors, and it’s this local migration that is of crucial importance.”

“Our approach does not provide a miraculous cure for cancer,” said Waclaw. “However, it suggests possible ways of improving cancer therapy. One of them could be targeting cellular motility [local migration] and not just growth as standard therapies do.”