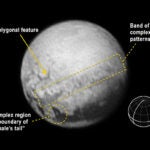 Harvard scientists have developed a first-of-its-kind method of creating a class of nanowires that one day could have applications in areas ranging from consumer electronics to solar panels.

The technique, developed by Bobby Day and Max Mankin, graduate students working in the lab of Charles Lieber, the Mark Hyman Jr. Professor of Chemistry, takes advantage of two long-understood principles. One is Plateau-Rayleigh instability, an aspect of fluid dynamics that describes why a thin stream of water breaks up into smaller droplets. The other involves crystal growth. The technique is described in a paper recently published in the journal Nature Nanotechnology.

“This is really a fundamental discovery,” Day said. “We’re still in the early stages, but we think there is a lot of room for discovery, both of fundamental properties of these structures as well as applications.”

First described in 1870, Plateau-Rayleigh instability is normally associated with liquids, but researchers for years have recognized a similar phenomenon in nanowires. When heated to extreme temperatures, the wires transform from solid into a series of periodically spaced droplets.

To create the new type of wire, Day and Mankin heated traditionally grown nanowires to just below that transformation point in a vacuum chamber, then pumped in silicon atoms, which spontaneously crystallize on the wire.

Rather than form a uniform shell, the atoms grow into regularly spaced structures, similar to the droplets that appear when nanowires break down at high temperatures. Unlike with the droplets, though, the process can be tightly controlled.

“By varying the temperature and pressure, we can exert some control over the size and spacing of these structures,” Day said. “What we found was if we change the conditions, we can ‘tune’ how these structures are built.”

Along with duplicating the process in nanowires between 20 and 100 nanometers in diameter, researchers demonstrated the process using several combinations of materials, including silicon and germanium. In addition to being able to “tune” the distance between the lobes on nanowires, Mankin said tests showed they were also able to tune the cross-section of the wires.

“We can tune the cross-section to produce more rounded or square-type wires,” Mankin said. “We were also able to produce wires with a platelet-like shape.”

With those new structures, researchers found, came new properties for the wires. While Day and Mankin’s study focused on the wires’ ability to absorb different wavelengths of light, both said additional research is needed to explore other properties.

Though it may take years to fully explore those additional properties, Day and Mankin said applications for the new wires could emerge in the near term.

“Structures at this scale, because they are sub-wavelength in size, absorb light very efficiently,” Day explained. “They act almost like optical antennas, and funnel the light into them. Previous research has shown that different diameter wires absorb different wavelengths of light. For example, very small diameters absorb blue light well, and larger diameters absorb green light. What we showed is if you have this modulation along the structure … we can have the best of both worlds and absorb both wavelengths on the same structure.”

The new wires’ unusual light-absorption abilities don’t end there, though.

By shrinking the space between the crystalline structures, Day and Mankin discovered that the wires not only absorb light at specific wavelengths, they also absorb light from other parts of the spectrum.

“It’s actually more than a simple additive effect,” Day said. “As you shrink the spacing down to distances smaller than about 400 nanometers, it creates what are called grating modes, and we see these huge absorption peaks in the infrared. What that means is that you could absorb the same amount of infrared light with these nanowires as you could with traditional silicon materials that are 100 times thicker.”

“This is a powerful discovery because previously, if you wanted to use nanowires for photo-detection of green and blue light, you’d need two wires,” Mankin said. “Now we can shrink the amount of space a device might take up by having multiple functions in a single wire. We will be able to build smaller devices that still maintain high efficiency, and in some cases will take advantages of new properties that will emerge from this modulation that you don’t have in uniform-diameter wires.”