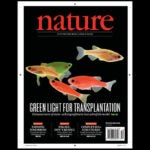 A gene therapy that delivers a protein that suppresses the development of female reproductive organs may improve survival rates in patients with ovarian cancer that has recurred after chemotherapy. Recurrence happens 70 percent of the time and is invariably fatal.

In their report receiving online publication in PNAS Early Edition, a research team from Harvard-affiliated Massachusetts General Hospital (MGH) describes how a single injection of a modified version of Mullerian inhibiting substance (MIS), a protein critical to sexual development, suppressed the growth of chemotherapy-resistant ovarian tumors in a mouse model. While not all the tested tumors — grown from cells grafted from patient tumors — were sensitive to this treatment, the investigators also outlined a noninvasive way of screening cancer cells in vitro for treatment responsiveness.

“Our findings are important because there are currently no therapeutic options for recurrent, chemoresistant ovarian cancer,” said Harvard Medical School (HMS) instructor in surgery David Pepin of the MGH Pediatric Surgical Research Laboratories. Pepin is the lead author of the report. “This is also a proof of concept that gene therapies with the AAV9 vector can be used to deliver biologics for the treatment of ovarian cancer, and represents the first time this approach has been tested in this type of ovarian cancer model.”

During embryonic development, MIS is secreted by tissues in male embryos to prevent maturation of the Mullerian duct, which otherwise would give rise to female reproductive organs. The potential of MIS to treat ovarian cancer and other reproductive tumors has been studied for many years by Patricia Donahoe, director of the MGH Pediatric Surgical Research Laboratories and senior author of the study. Previous investigations by Donahoe’s team have shown that MIS suppresses ovarian cancer growth, both in animals and in human cell lines, by targeting the cancer stem cells that survive chemotherapy; but previous methods of producing MIS were unable to generate sufficient quantities of high-quality protein for preclinical testing.

The current study employed a modified form of the MIS gene, developed by Pepin to generate protein of greater purity and effectiveness, combined with the accepted viral vector AAV9 for delivery into the peritoneal cavity, a common site for the recurrence of ovarian cancer. The modified MIS/AAV9 construct was tested against tumor cells taken from ascites fluid that had accumulated in the abdomens of several patients with recurrent ovarian cancer. Initial experiments confirmed that these cells expressed the MIS receptor protein, carried markers indicating their identity as cancer stem cells, and that their growth was inhibited in vitro by MIS. A single injection of the MIS/AAV9 construct into the peritoneal cavity of mice resulted in elevated expression of MIS by multiple tissues throughout the abdominal cavity and in adjacent muscles.

The effectiveness of the MIS/AAV9 construct was tested in mice implanted with ovarian cancer cells. The test revealed that treatment with MIS/AAV9 three weeks prior to tumor implantation significantly inhibited tumor growth. In a more clinically relevant experiment, applying the therapy to mice in which tumors already had been induced by implanting cancer cells from five different patients significantly inhibited further growth of tumors generated from the cells of three of the five patients. Analysis of tumor samples from more than 200 patients revealed that 88 percent expressed some level of the MIS receptor, with 65 percent expressing moderate or high protein expression.

“Since the response to MIS gene therapy is not the same for all patients, it will be important to first screen each patient’s tumors to ensure they will respond” said Pepin. “While we have not yet identified biomarkers of treatment response — something we are currently searching for — we have described a way to rapidly grow tumor cells from ascites to be evaluated for drug sensitivity. If further study confirms the susceptibility of chemoresistant tumors to this MIS gene therapy, the ability to inhibit tumor recurrence could significantly extend patient survival.”

“All of the implanted tumor cells were from patients who failed all previous therapies, so a 60 percent response rate is quite significant for a single agent,” said Donahoe, who is the Bartlett Distinguished Professor of Surgery at HMS. “The ability to administer this MIS/AAV9 construct — prepared by Guangping Gao, director of the Gene Therapy Program at the University of Massachusetts and a long-term leader in the field of gene therapy — as a single, long-acting injection makes the use of this effective but complex protein both clinically feasible and patient-friendly. Our results provide proof of concept and predict a translation into patient care that was not previously possible.”