A shift in motherhood 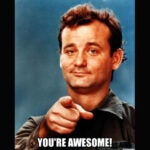 Findings shed light on evolutionary factors behind ‘It takes a village’

It’s been said often enough to become cliché — it takes a village to raise a child. But how many of us have ever thought about why?

That question — why human mothers, unlike most among mammals, rely on help to raise children — has long been a critical one for anthropologists. A new study goes a long way toward an answer.

Co-authored by Erik Otárola-Castillo, a fellow in David Pilbeam’s paleoanthropology laboratory in the Department of Human Evolutionary Biology, and Karen Kramer, a professor of anthropology at the University of Utah, the findings suggest that evolutionary changes in birth interval and the time it takes for children to reach independence have combined to put significant pressure on time management, forcing mothers to recruit help from older children, extended families, and the larger community. The research is described in a recent paper in the Journal of Human Evolution.

“We use the colloquialism that ‘It takes a village’ quite frequently,” Otárola-Castillo said. “The question we wanted to ask was, ‘At what point does it take that?’ We don’t see this in chimpanzees, but we do in humans. At some point humans shared a common ancestor with chimpanzees — at some point our evolutionary lineages were similar, but when did we change, and why?”

“Modern human mothers are very interesting, because they’re unlike mothers of most other species,” Kramer added. “We feed our young after weaning, and others help us to raise our children. But this wasn’t always the case. Deep in the past, mothers likely received no help … so we have to ask why others cooperate with mothers to help them raise their children.”

For answers, anthropologists have typically found a window into the past through “traditional societies” — cultures in which there is little access to formal education or birth control, and where people consume the foods they produce and have little or no access to market economies.

But in this case, Kramer said, those comparisons simply don’t work.

In the past 2 million years, a number of traits — including birth interval and the age at which children are independent — have evolved, meaning that human mothers, even ones living in traditional societies, are vastly different from early human ancestors.

“The thing is — all these things evolved in the past … so a ‘modern’ traditional population, with a modern life history of short birth intervals and a very long period of juvenility — that is not an appropriate model to look at how cooperation may have evolved,” Kramer said. “Human mothers have this dilemma — do I take care of my newborn, or do I go out and forage for the food my 7-year-old needs? And this creates the constraints that prompt mothers to need help.”

To find an appropriate model, Otárola-Castillo and Kramer had to build one.

Using humans’ last common ancestor with apes and current traditional societies as their beginning and end points, the researchers developed a mathematical model to explore how various traits changed and what effect those changes had on mothers’ need for assistance.

“So we have these two points,” Otárola-Castillo said. “And the question we asked is, ‘What does that transition look like?’ We simulated an economic problem that would have arisen over the course of human evolution. As mothers became more successful at producing children — had shorter birth intervals and more surviving young — they also had more dependents than they could care for on their own. We wanted to know what combinations of traits required the help of other adults.”

What the study found was surprising. Most hypotheses about help for mothers point to other adults. The researchers found that it is the other children who are the most reliable helpers. “For many early life history changes, a mother and her cooperating children are able to support each other,” Kramer said. “Only later in time, when we have more modern life histories — weaning is early, birth intervals are short and juveniles are dependent until older ages — do mothers began to need the help of other adults.”