What’s next for Your Harvard 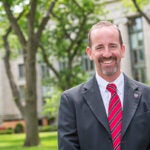 The Harvard Alumni Association (HAA) has hosted a series of Your Harvard events over the past two years in cities across the globe from Los Angeles to Mexico City and Dallas to London, attracting more than 3,500 alumni and friends to eight regional gatherings.

For the coming academic year, the HAA is already planning the next events in the series with local alumni groups in Atlanta (in November), Boston (March 2016), and Toronto (April 2016).

Your Harvard events invite alumni, parents, and friends to connect with each other and engage with some of the most exciting scholarship underway on campus. At each event, President Drew Faust speaks to her vision for Harvard’s future — the foundation of The Harvard Campaign — and eminent faculty members discuss cross-disciplinary research and innovations that address some of the world’s most pressing challenges.

In Seattle, professors of music and neurobiology discussed the role of creativity in generating breakthrough ideas. In Beijing, professors of science and architecture explored advances that will shape the future global research agenda. In New York, professors of economics and law tackled the issues of decision-making and leadership. All of these discussions highlighted the increasingly cross-disciplinary nature of the participants’ work.

“At each Your Harvard event, I have been impressed by the incredible dedication of our alumni and their enthusiasm to connect with each other and the Harvard of today,” said HAA Executive Director Philip Lovejoy.

The Harvard Campaign was publicly launched in September 2013. To date, this historic effort — the first such undertaking to include the participation of all Harvard Schools — has raised more than $5 billion in support of University aspirations, including advancing new approaches to teaching and learning, attracting and supporting the best students and faculty, creating a campus for the 21st century, and supporting multidisciplinary research.

Visit the Harvard alumni website to learn more about the Your Harvard series as well as other alumni events.