They get the job done 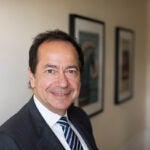 Neither snow nor other challenges can stop these Harvard Heroes

It’s the University’s very own version of the Oscars: Harvard Heroes, the annual summertime ceremony fêting the crème de la crème of employees. Only instead of Tina Fey, it’s host President Drew Faust who dexterously quips one-liners amid raucous applause and lots of patting on the back.

And for good reason. This year’s 64 honorees — culled from across the University and nominated by their peers for the impact they made — did everything from keeping operations humming during winter’s brutal snowstorms to demonstrating unwavering excellence within their departments and Schools.

“These selfless individuals consistently extend themselves to support our faculty and students and to advance their teams, departments, and Harvard’s mission,” said executive vice president Katie Lapp.

“Harvard Heroes are a rare breed,” she continued. “Just one-half of 1 percent of the entire Harvard staff earns this distinction.”

Lapp took a moment to honor an unofficial group of Harvard exemplars, its “snow heroes,” with a video homage of all the storm, operations, and kitchen crew members who “worked nonstop to keep the University running smoothly and safely” despite the record-setting snowfall. Because of them, she said, “Life did not stop at Harvard.”

“We adapt, we grow, we improve together, led by the inspiring people you see before you — our Harvard Heroes,” Faust said during her introductory remarks.

Philip Alvarado, custodial supervisor for campus services, was lauded for “working late and overnight to keep access ways and building entrances safe and clear,” she said. “As the students like to say: SNOW-M-G.”

Employees from every School and department were honored, including Harvard College’s Dean of Freshman Tom Dingman. Susan McGee received accolades for working 39 years as registrar in the Division of Continuing Education.

Following the ceremony, a video tribute featured staffers revealing the weirdest things that had happened to them on their jobs. They ranged from wardrobe malfunctions like pants splitting to loaning a visitor a pair of shoes before a meeting with Faust.

“Your determination, your expertise, your creativity are all essential to our success,” said Faust.

“Every year, from this very spot, I explain to admitted students why they should come to Harvard College, and one of the things I always tell them is that this place will pull from them their very best effort, that here at Harvard they will achieve things they never imagined achieving before. Coming to Harvard Heroes has taught me that statement is as true for staff as it is for students. This event is about celebrating people who make Harvard their home, who go beyond what is expected of them.”