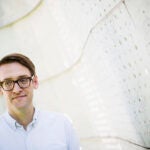 The art of political persuasion

Whose face should be on the $10 bill? It’s the question Treasury Secretary Jacob Lew posed to the nation last week when he announced a makeover for the bill. The portrait will be of a woman, with its 2020 unveiling coinciding with the 100th anniversary of the 19th Amendment.

The bill is due for a figurative and literal facelift, both to honor a groundbreaking woman in history and to thwart tech-savvy counterfeiters with a redesign that will introduce new security measures. New tactile features for the vision-impaired will also be added.

The announcement touched off a wave of debate.

Hamiltonians — including Ben Bernanke, a Harvard grad and former chairman of the Federal Reserve — balked at the notion of replacing the country’s first Treasury secretary; many women are angry at the thought of the new image having to share space with Hamilton, who will remain in some fashion; and other observers are irate that the $20 bill, with its likeness of Andrew Jackson, who resisted the creation of a U.S. central bank, opposed the printing of money, pushed a pro-slavery agenda, and authorized the Indian Removal Act of 1830, wasn’t chosen instead.

Before issuing a decision, Lew and the Treasury are soliciting design suggestions from the public via thenew10.treasury.gov. The only requirements for a candidate are that she be deceased and someone “who was a champion for our inclusive democracy.”

Harvard scholars have some ideas about how the conversation will unfold.

“Occasionally Congress will insert their hand” in Treasury decisions, said Professor Daniel Carpenter, referring to an act of Congress in 1873, and another in the 1950s, allowing the secretary of the Treasury to include “In God We Trust” on coins and currency. But this most recent change “will almost certainly play out as an administrative decision, which does not mean it won’t be political.”

Carpenter said a type of “elite politics” could emerge when it comes to the final choice, with a strong push for the status quo by a Wall Street/Washington nexus “that sees in Hamilton’s ideas and in his legacy a foundation for the modern economic policy-making state.”

But, as with presidents eager to secure their place in history, Lew will be eying his own legacy, said Carpenter, and is aware that a symbolic choice for the $10 bill will have lasting resonance.

“These are deeply meaningful moves. This is the kind of thing that somebody is going to see every day when they take this bill out of their wallet, and these everyday symbols shape the way people think about politics and who belongs.”

There has been an American woman on an American bill before. More than 100 years ago Martha Washington appeared periodically over a period of several years on $1 silver certificates. She dropped off for good in 1896.

The nonprofit Women On 20s has been pushing to get a woman on U.S. currency. Earlier this year the group held two rounds of elections in which more than 600,000 votes were cast. The winner was the African-American abolitionist Harriet Tubman, who edged out Eleanor Roosevelt, Rosa Parks, and Wilma Mankiller, the first female chief of the Cherokee Nation.

Along with Tubman and Roosevelt, suggestions at thenew10.treasury.gov include Harriet Beecher Stowe, Sally Ride, and Ella Fitzgerald.

Putting the face of a woman on a U.S. banknote is a symbolic step that will have a seismic impact, said Professor Christine Desan of the Law School.

Desan, who has studied money going back to the Middle Ages, said that the face on a bill “reflects the kind of sovereignty that the community recognizes.”

In monarchies the likenesses of kings and queens regularly appear on currency. In the United States, aside from Hamilton and the inventor and statesman Benjamin Franklin, the serious, green-tinted faces of select presidents stare back at you.

For Desan, who will spend the next year at the Radcliffe Institute for Advanced Study working on her forthcoming book, “Designing Money in Early America: Experiments in Political Economy (1680–1775),” the change announced by Lew represents a “radical step.”

Is she concerned that the woman will have to share the bill with Hamilton?

“Whether we have to share at the beginning with Hamilton, I think, is much less important than the really striking and productive, constructive step towards using the face of the bill to reflect a broader view of democratic governance and democratic hopes.”

“We could hardly find a better symbol of somebody who worked for liberty and worked with compassion and worked without recognition. I couldn’t imagine a better candidate.”

It remains to be seen what the future holds for Andrew Jackson on the $20 bill. Among those who would like to see him dropped are Carpenter and John Stauffer.

“His Indian-removal policy, his hatred of anti-slavery groups, his pro-slavery policy — that’s not a good legacy that we want to carry forward,” said Stauffer, a professor of English and African-American studies.

Of the founders, added Stauffer, Hamilton “is probably the most vigorous anti-slavery advocate.”

Like Carpenter and Desan, Stauffer is partial to Tubman. She was intimately involved in the abolitionist movement, he noted, including John Brown’s raid on Harpers Ferry, “a major spark of the Civil War,” and in numerous fugitive slave cases.

“She was everywhere. She put her life on the line. … She sends a legacy that women are able, can be superb, courageous, heroic soldiers. The very fact that John Brown refers to her as General Tubman is significant. She sends a message of gender and racial equality just symbolically.”

Stauffer’s ideal solution: drop Jackson, put Tubman on the $20, and leave Hamilton where he is.