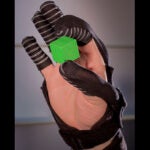 Promise against disease in electronic scaffolds

It’s a notion that might have come from the pages of a science-fiction novel — an electronic device that can be injected directly into the brain, or other body parts, and treat everything from neurodegenerative disorders to paralysis.

Led by Lieber, the Mark Hyman Jr. Professor of Chemistry, an international team of researchers has developed a method of fabricating nanoscale electronic scaffolds that can be injected via syringe. The scaffolds can then be connected to devices and used to monitor neural activity, stimulate tissues, or even promote regeneration of neurons. The research is described in a June 8 paper in Nature Nanotechnology.

“I do feel that this has the potential to be revolutionary,” said Lieber, who holds a joint appointment in the Harvard Paulson School of Engineering and Applied Sciences. “This opens up a completely new frontier where we can explore the interface between electronic structures and biology. For the past 30 years, people have made incremental improvements in micro-fabrication techniques that have allowed us to make rigid probes smaller and smaller, but no one has addressed this issue — the electronics/cellular interface — at the level at which biology works.”

In an earlier study, scientists in Lieber’s lab demonstrated that cardiac or nerve cells grown with embedded scaffolds could be used to create “cyborg” tissue. Researchers were then able to record electrical signals generated by the tissue, and to measure changes in those signals as they administered cardio- or neuro-stimulating drugs.

“We were able to demonstrate that we could make this scaffold and culture cells within it, but we didn’t really have an idea how to insert that into pre-existing tissue,” Lieber said. “But if you want to study the brain or develop the tools to explore the brain-machine interface, you need to stick something into the body. When releasing the electronic scaffold completely from the fabrication substrate, we noticed that it was almost invisible and very flexible, like a polymer, and could literally be sucked into a glass needle or pipette. From there, we simply asked, ‘Would it be possible to deliver the mesh electronics by syringe needle injection?’”

Though not the first attempt at implanting electronics into the brain — deep brain stimulation has been used to treat a variety of disorders for decades — the nanofabricated scaffolds operate on a completely different scale.

“Existing techniques are crude relative to the way the brain is wired,” Lieber said. “Whether it’s a silicon probe or flexible polymers … they cause inflammation in the tissue that requires periodically changing the position or the stimulation.

“But with our injectable electronics, it’s as if it’s not there at all. They are one million times more flexible than any state-of-the-art flexible electronics and have subcellular feature sizes. They’re what I call ‘neuro-philic’ — they actually like to interact with neurons.”

The process for fabricating the scaffolds is similar to that used to etch microchips, and begins with a dissolvable layer deposited on a substrate. To create the scaffold, researchers lay out a mesh of nanowires sandwiched in layers of organic polymer. The first layer is then dissolved, leaving the flexible mesh, which can be drawn into a needle and administered like any other injection.

The input-output of the mesh can then be connected to standard measurement electronics so that the integrated devices can be addressed and used to stimulate or record neural activity.

“These type of things have never been done before, from both a fundamental neuroscience and medical perspective,” Lieber said. “It’s really exciting — there are a lot of potential applications.”

Going forward, researchers hope to better understand how the body reacts to the injectable electronics over longer periods.

Harvard’s Office of Technology Development has filed for a provisional patent on the technology and is actively seeking commercialization opportunities.

“The idea of being able to precisely position and record from very specific areas, or even from specific neurons over an extended period of time — this could, I think, make a huge impact on neuroscience,” Lieber said.