Words as well as drawings 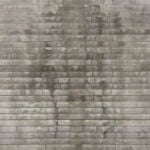 Graduate School of Design’s Héctor Tarrido-Picart is drawn to bustling, sensual cities, and to the literature that defines them

Héctor Tarrido-Picart will leave the Harvard Graduate School of Design (GSD) with a dual degree, a master’s in both landscape architecture and urban design. He also finds joy in literature and is fascinated by rich urban landscapes.

He arrived in the fall of 2012 with a bachelor’s in architecture from Cornell University and four years of experience at a Boston engineering firm. What followed were three grueling years of seminars, critiques, studios, competitions, and, for the budding writer, a busy round of deadlines for design and policy publications.

“It’s time to start slowing down,” said Tarrido-Picart, half-joking. “I’m 30 now. I can’t keep going at this speed.” It’s time to calm down too. “There’s an impulse, unfortunately, in the world of architecture and design, to be critical,” he said, but he added his father’s advice from long ago: “There’s more wisdom to be gained by listening.”

“I was exposed to craft,” both historic and contemporary, Tarrido-Picart said. “Strong formative years, with good teachers,” he said, created a second thread of inspiration that drew him toward design and architecture: literature.

Landscape-rich, street-centered, city-delving writers such as Juan Rulfo, Carlos Fuentes, Alejo Carpentier, Laura Restrepo, Mayra Santos-Febres, and Julio Cortázar provided him with a sense of Latin America before he had seen much of it.

“You cannot capture the richness of a city in a drawing or a pretty picture,” he said. “Only words can capture that.” When he finally visited Mexico City, as a junior in college, “it felt like the city I had read about.”

His favorite cities are complex, historically layered, culturally diverse urban spaces like Mexico City, New Orleans, the “salsa New York” beyond Manhattan, and, most of all, his native San Juan, rich in hurricane-resilient lagoons and mangrove swamps, and in stories from its black and mulatto residents. Tarrido-Picart, like Puerto Rican writers Eduardo Lalo and José Luis González, celebrates the city’s literary and ecological richness.

A new kind of richness was the goal of his multimedia thesis, “Remote Sensing in Mumbai.” In one slum, Tarrido-Picart used smartphone apps to get video, audio, and readouts from an electronic sensor, a seismometer, and a long-wave infrared camera. This “co-occurrence of different data points,” he said, mapped unseen patterns of land use and social activity around landscapes of mango, coconut palm, and banyan trees.

“We are trained to visually understand a place,” said Tarrido-Picart of architects and landscape designers. But his methodology of tree-centered sensory mapping, now memorialized in a primer, documents urban landscapes in a novel way.

Once president of GSD’s African-American Student Union, Tarrido-Picart has one main wish for his new professions: inclusion. With so few students of color in design and architecture, he said, “There’s an immense opportunity not being taken — the cultural richness that everybody brings to the table.”