Strong enrollment for Class of 2019 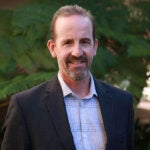 A new dean for SEAS

Yield level for College among highest in four decades

Nearly 81 percent of the students admitted to the Class of 2019 plan to enroll in August. Last year, 80.9 percent matriculated; 81 percent did so the year before. The last time Harvard’s yield on admitted students reached these levels was 1969 for the Class of 1973.

“In the face of record-setting snowfall this year, enrollment projections were challenging. Nevertheless, a number of factors led to the high yield, including Harvard’s robust financial aid program, which once again made it possible for many of the nation’s and the world’s best students to choose to come to Harvard,” said William R. Fitzsimmons, dean of admissions and financial aid.

Harvard is more affordable than most public universities for 90 percent of American families. Families with annual incomes of $65,000 or less pay absolutely nothing toward the total cost — tuition, room and board, and student fees — of their child’s Harvard College education. The total annual cost rises to only $15,000 for families earning $150,000. Families with higher incomes can also receive need-based aid depending on individual circumstances, including having multiple children in college or unusual medical expenses.

More than 64 percent of students planning to enroll applied for financial aid compared with 62 percent last year, one measure of the economic diversity of the class. “Despite the financial challenges facing a large percentage of families today, Harvard remains accessible for students from all economic backgrounds, and all students are able to graduate debt-free,” said Sarah C. Donahue, Griffin Director of Financial Aid.

Harvard’s yield is particularly notable because the College does not offer athletic or other non-need-based scholarships. In addition, Harvard’s early action program, unlike binding early decision programs, allows admitted students to apply elsewhere and asks only that they reply by May 1 after comparing other offers of admission and financial aid. Such freedom and flexibility allow a student more time to choose the college that provides the best match, a factor contributing to Harvard’s nearly 98 percent graduation rate.

“We are particularly pleased that nearly 49 percent of the class are women, compared to 45 percent last year,” said Marlyn E. McGrath, director of admissions. “Women made up 48 percent of the admitted students, and the yield on women this year was very high, at 82 percent.”

The geographical origins of the Class of 2019 are similar to those of last year’s entering class, and there were slight increases for Asian-Americans (more than 21 percent of the class), Latinos (nearly 12 percent), African-Americans (nearly 11 percent), and Native Americans (1.6 percent).

All admitted students were invited to campus April 25–27 as part of the College’s annual Visitas weekend. Admitted freshmen, often accompanied by family members, come for their first true taste of campus life. Prospective students stay with hosts in the freshman dorms or Harvard’s Houses; attend lectures, panel discussions, and activity fairs; eat in the dining halls; and explore the University’s diverse academic and extracurricular offerings.

“The spirit of Visitas was particularly vibrant this year, with nearly 1,000 of our undergraduates serving as hosts and other facilitators,” said Visitas Director Timothy J. Smith. “The Freshman Dean’s Office and the Houses went out of their way to give students a realistic view of life at Harvard.”

“The Undergraduate Minority Recruitment Program (UMRP) once again worked tirelessly throughout the year and especially during Visitas, with UMRP and other minority students hosting over 25 percent of participants,” added Roger Banks, director of recruitment and co-director of UMRP.

“For example, the Arts and Humanities faculty, led by Dean Diana Sorensen, held a well-attended open house during Visitas and used a variety of social media,” said McGrath. The yield on prospective humanities concentrators was 83.2 percent, and the percentage of the class planning a humanities concentration jumped from 14.1 percent to 15.4 percent.

Admitted students who were unable to travel to Cambridge could still experience a “Virtual Visitas” through a combination of live-streamed presentations, interactive Google “Hangouts On Air,” and social-media content shared through the hashtag “WelcometoHarvard.”

This year’s high yield means about 60 to 70 applicants will be admitted from the waiting list. That number will be determined over the next few weeks as admitted students decide whether to defer admission to pursue other opportunities that often develop during May and June.