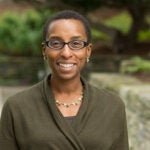 Onetime dean of Harvard College was 95

Former Harvard College Dean Charles Preston Whitlock died on April 27 after a brief illness. He was 95.

Whitlock was the husband of Patricia H. “Patsy” (Hoey) Whitlock, with whom he shared 55 years of marriage. He was a resident of Gloucester for the past 33 years, having previously lived in Cambridge.

Whitlock spent his entire career at Harvard University, where he earned a master’s degree in English in 1947. Beginning in the late 1940s he lectured in social psychology for more than two decades. From 1948 to 1958 he served as associate director of the Bureau of Study Counsel, where he co-authored “The Harvard Reading Films” with William G. Perry Jr. He later held a variety of administrative posts, serving as assistant for governmental relations to President Nathan Pusey from 1958 to 1970; associate dean, acting dean, and then dean of Harvard College from 1970 to 1976; and associate dean of the Faculty of Arts and Sciences from 1976 until his retirement in 1982.

Whitlock had a long relationship with Dudley House, where he served as senior tutor from 1952 to 1958 and as master from 1976 to 1982. He is also remembered for his work with Phillips Brooks House.

Whitlock’s time at Harvard saw particular challenges. Having served as a liaison to the City of Cambridge under Pusey, he was deputized during the student unrest of the late 1960s and worked to advance negotiations between students and the administration. As dean in the early 1970s he helped oversee the merger of Harvard and Radcliffe colleges.

Whitlock was an enthusiast of exotic plants, especially bromeliads. He had extensive knowledge of music history, and especially loved both big band jazz and classical. He enjoyed spending time with family and appreciated the outdoors.

He was born in New Brunswick, N.J., on June 19, 1919, to Frank and Rosena (Foster) Whitlock. A 1937 graduate of New Brunswick High School, he went on to attend Rutgers University and excelled both academically and in the ROTC program, where he was named best soldier. Whitlock graduated in 1941 as cadet colonel with a bachelor’s degree in English.

As a pilot with the Army Air Force in World War II, Whitlock flew 57 combat missions in B-24s over the South Pacific, eventually becoming a squadron commander. He was highly decorated, receiving the Distinguished Flying Cross and the Silver Star, among other commendations. Following the war he remained in the reserves and was officially retired from the Air Force in 1979 as a full colonel.

Relatives and friends are invited to attend a memorial service at the Annisquam Village Church, 820 Washington St., Gloucester, on Saturday at 10 a.m. Interment will be private. In lieu of flowers the family has asked that donations to be made to the Trustees of Reservations, 572 Essex St., Beverly, MA 01915-1530 (www.thetrustees.org) or the Cape Ann Museum, 27 Pleasant St., Gloucester, MA 01930 (www.capeannmuseum.org).

Arrangements are under the direction of the Pike-Newhall Funeral Home, 61 Middle St. Gloucester. For online condolences and register-book please visit www.pikenewhall.com.