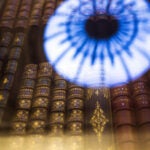 Ode to a venerable library

Local professional photographers convene, and catch up, at Commencement

Every Commencement at Harvard, the Yard fills with graduates and their families celebrating the completion of hard-earned degrees. But look closely in the front row, and you’ll see another jovial gathering. Press photographers from all over the region flock to the Yard to immortalize the regalia and traditions in Tercentenary Theatre. For the Boston press corps, noted for its collegiality, it’s a reunion of sorts — a chance to catch up while photographing some big names. After many years of recording the event, they all have their own favorite Commencement memories, and photos.

Associated Press staff photographer Elise Amendola has photographed the festivities since 1991. “What I love about the Commencement is the pomp and ceremony, and the fact that every year it’s the same thing, but it’s variations on the same theme,” she said.

There are the evergreen moments — the honorary degree recipient group photo in front of Massachusetts Hall, the procession past the John Harvard Statue, the Middlesex County sheriff in top hat and tails calling order to the Morning Exercises, the University Marshal presiding, and the University president overlooking the stage from the Holyoke Chair.

Associated Press staff photographer Elise Amendola has photographed Harvard Commencement since 1991. She speaks about photographing Oprah Winfrey in 2013 and Yo-Yo Ma ‘76 in 1991.

“This wasn’t my first time at the rodeo,” said Boston Herald staff photographer Ted Fitzgerald, who has photographed Commencement since 1986 and has been in the business for almost 40 years. He noted the great visuals that come from the overall spirit of the day. As each School is announced, the graduates all raise symbols of their studies — the Law School yields gavels, the School of Education waves children’s books, and the Kennedy School throws inflatable globes. “You leave the Yard feeling good about what you have, as far as pictures go. You know that when you get back … they’ll be happy back there at the photo desk.”

And there are always surprises. The honorary degree recipients are always top-notch and their identities are kept under wraps until Commencement morning. It’s not uncommon to see a head of state, a Nobel laureate, even a movie star on the stage.

Boston Herald staff photographer Ted Fitzgerald has photographed Harvard Commencement since 1986. He speaks about photographing Amy Poehler in 2011 and the overall spirit of Commencement in the Yard.

The month of May is filled with commencements all over Cambridge and Boston, and experienced photographers are there every time, witnessing them all. Each ceremony has its traditions, but as Hamberg said: “Somehow it’s just not the same kind of atmosphere as you get in good old, historic Harvard Yard, with John Harvard looking down at you.”