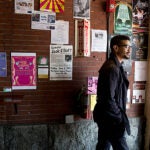 Words as well as drawings

Just about everyone knows about Harvard’s long history and its extensive alumni network. But as an undergraduate, I felt that it was difficult to concretely understand what these aspects of the University meant and how they applied to me personally — that is, until I participated in the Harvard Yard Archaeology Project (HYAP).

The project, which began in 2007 through the Department of Anthropology and the Peabody Museum of Archaeology & Ethnology, focuses on excavating Harvard’s history. One of the biggest goals of this season’s excavation was finding some of the remains of the Indian College.

The Indian College, established in 1655, was intended to achieve one of Harvard’s goals in the 17th century: the religious conversion and education of Native Americans. Otherwise an all-white institution, Harvard sought to educate and convert Native Americans so that they would in turn Anglicize and convert their own communities. This project failed within decades, and the Indian College building housed a printing press until the building was demolished in 1698.

On the last day (almost the very last hour) of our excavation season, we actually did locate part of the foundation trench of the Indian College. While exciting, this find wasn’t the highlight of the project for me. In fact, my favorite part was making the small discoveries — a sherd of a drinking vessel, a shard of a wine glass, or an embossed brass button — that provided concrete and tangible connections to Harvard’s past.

Sure, Harvard was established in 1636, the oldest institution of higher learning in the United States, but to me these statements had been abstract concepts that weren’t applicable to my Harvard experience. The excavation, however, exposed me to what day-to-day life would have been like for students in the 17th, 18th, and 19th centuries.

From excavated archaeological material, we found not only some similar college experiences but also evidence of Harvard’s transformations to the institution it is today. For example, from bottle sherds and pipe stems, we can see that, similar to now, when freshmen are banned from having alcohol in their Harvard Yard dorm rooms but manage to drink nonetheless, students in the 17th and 18th centuries also drank and smoked despite the Puritan college’s laws banning those activities. From brass buttons and shoe buckles, we can understand Harvard’s beginnings as an all-white, all-male community — a stark contrast to today’s diverse Harvard.

As my graduation and transition from student to alumna nears, I’ve been reflecting on the most memorable moments during my four years at Harvard. They don’t focus on grades or academic accomplishments. They reflect the small things: the nights I stayed in with my roommates eating Girl Scout cookies and popcorn; the nights I stayed up in the Leverett dining hall cramming for my thesis; the spring days lounging by the Charles River with friends.

As a part of the archaeology project, I was able to uncover the small moments that students of Harvard past would have experienced, feeling a true connection to the long history of the School and its alumni. I’d like to think that one day, future archaeology students will uncover my small memories — maybe they’ll even find that dorm key I lost in the Yard freshman year.

Samantha Noh is graduating from Harvard College with a concentration in anthropology.