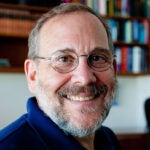 A pilot study has found that participating in a nine-week training program including elicitation of the relaxation response had a significant impact on clinical symptoms of the gastrointestinal disorders irritable bowel syndrome (IBS) and inflammatory bowel disease (IBD) and on the expression of genes related to inflammation and the body’s response to stress.

The report from investigators at the Benson-Henry Institute for Mind Body Medicine at Massachusetts General Hospital (MGH) and at Beth Israel Deaconess Medical Center (BIDMC), both Harvard affiliates, is the first to study the use of the relaxation response in these disorders and the first to investigate the genomic effects of the relaxation response in individuals with any disorder. The report was published in the open-access journal PLOS ONE.

“Our results suggest exciting possibilities for further developing and implementing this treatment in a wider group of patients with gastrointestinal illness,” said Braden Kuo of the gastrointestinal unit in the MGH Department of Medicine, co-lead author of the report.

“Several studies have found that stress management techniques and other psychological interventions can help patients with IBS, at least in the short term; and while the evidence for IBD is less apparent, some studies have suggested potential benefits. What is novel about our study is demonstration of the impact of a mind/body intervention on the genes controlling inflammatory factors that are known to play a major role in IBD and possibly in IBS,” said Kuo, who is also a Harvard Medical School assistant professor of medicine.

Both IBS and IBD are chronic conditions that produce related symptoms, including abdominal pain and changes in bowel function such as diarrhea. But while IBD — which includes Crohn’s disease and ulcerative colitis — is characterized by severe inflammation in all or part of the gastrointestinal tract, no inflammation or visible abnormality is present in IBS. Stress appears to exacerbate both conditions, and since the symptoms themselves can increase stress in patients, finding ways to break that vicious cycle could have significant clinical benefits.

The relaxation response — a physiologic state of deep rest induced by practices such as meditation, yoga, and prayer — was first described more than 40 years ago by Herbert Benson, director emeritus of the Benson-Henry Institute and a co-author of the current paper. Many studies have shown that regular practice of the relaxation response not only alleviates stress and anxiety but also directly affects physiologic factors such as blood pressure, heart rate, and oxygen consumption. In reports published in 2008 and 2013, Benson, along with Towia Libermann and Manoj Bhasin — both of the BIDMC Genomics, Proteomics, Bioinformatics and Systems Biology Center — described how elicitation of the relaxation response in healthy individuals affected the expression of genes in pathways involved with the body’s response to stress, inflammation, and energy metabolism. Libermann is co-senior author and Bhasin is co-lead author of the current study.

The current study was designed to investigate whether a relaxation-response-based intervention could improve the quality of life in patients with IBS or IBD and to analyze the intervention’s effects on inflammatory markers and gene expression. The study enrolled 48 adult participants — 19 of whom had been diagnosed with IBS and 29 with IBD — who participated in a nine-week group program focused on stress reduction, cognitive skills, and health-enhancing behaviors. Each of the weekly sessions included relaxation response training, and participants were asked to practice relaxation response elicitation at home for 15 to 20 minutes each day. Along with aspects featured in other group programs offered at the Benson-Henry Institute, this program included a session specifically focused on gastrointestinal health.

Study participants were assessed at the outset, midway through, and at the end of the program, and then three weeks later. The assessments used standardized tools for measuring symptoms common to both disorders, assessing anxiety and pain, and determining the effects of the disorders on participants’ quality of life. Blood samples were taken at baseline and a week after the study period’s conclusion for purposes of profiling gene expression and measuring known inflammatory factors.

Both in patients with IBS and those with IBD, participation in the mind/body program appeared to have significantly improved disease-related symptoms, anxiety, and overall quality of life, not only at the end of the study period but also three weeks later. While there were no significant changes in inflammatory markers for either group of participants, changes in expression were observed in almost 200 genes among participants with IBS and more than 1,000 genes in those with IBD. Many of the genes with altered expression are known to contribute to pathways involved with stress response and inflammation.

Co-senior author John Denninger of the Benson-Henry Institute at MGH noted, “One interesting clinical impact was a decrease in both IBS and IBD patients in what is called pain catastrophizing — a negative cognitive and emotional response to pain or the anticipation of pain. In other words, participants became more resilient in the face of the pain they were experiencing. But before we can offer a program like this to patients with these disorders, we’ll need to conduct a longer, randomized trial with a control group and enough participants for statistically significant results.”