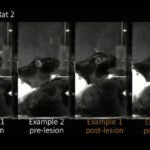 Imagine a day when scientists are able to alter the DNA of organisms in the lab in their search for answers to a host of scientific questions. Imagine a day when doctors treat genetic disorders by administering drugs designed to alter patients’ genomes.

That may sound like science fiction, but with the development of genome-editing proteins such as Cas9 and CRISPR, one day it could become scientific fact. Before that happens, however, scientists must overcome a number of challenges, including how to improve the specificity of these proteins, meaning the rate at which genome-editing proteins modify the target DNA sequence, while ignoring similar, but off-target, sequences.

It’s a riddle that David Liu, professor of chemistry and chemical biology, and his colleagues have begun to unlock.

Led by Liu, the team of scientists has developed an engineered form of Cas9 that can be turned on with a small, drug-like molecule. By using this “activatable” form of Cas9, the team was able to modify targets in the human genome with up to 25-fold higher specificity than when using the standard form of Cas9. The study is described in a recent paper in Nature Chemical Biology.

“This study sought to improve the specificity of genome editing by carefully controlling when Cas9 is active. We engineered a form of Cas9 that is only active in the presence of a harmless, drug-like, small molecule, which we provide to the cell,” Liu explained. “We showed it’s possible to achieve efficient genome editing using this system. But because you can stop the production of active Cas9 by withholding the small molecule once it’s had enough time to modify the target genes, you limit the opportunity for off-target genome modification.”

Liu said his lab has taken two approaches to increasing the specificity of genome-editing proteins. The first, and most obvious, has been to engineer proteins that must recognize longer genetic sequences, making it harder for them to bind to off-target sites, or require more perfectly matched DNA sequences before productively editing DNA. The second approach is based on the understanding that unlike traditional biological tools and therapeutics, genome-editing proteins only need to be active for very limited times.

The idea to use a small molecule to control the activation of Cas9 grew out of the realization by Liu and his colleagues that genome editing — unlike virtually every other drug therapy or tool used in the lab — is not “steady-state” chemistry.

As an example of a steady-state process, Liu pointed to the way most diseases are treated. If someone is infected with a pathogen that needs to make a certain enzyme to reproduce, a conventional treatment would be to administer a drug to interrupt that enzyme.

Genome-editing proteins, in contrast, are not tasked with altering a steady-state process.

“Our approach arises from the simple appreciation that genome editing is not a steady-state process,” he said. “Therefore, what we want to achieve is a short burst of genome-editing activity sufficient to modify the one or two target copies of a gene, and then you want to get rid of the genome-editing activity and never allow it to return to the cell.”

To achieve that short burst of activity in Cas9, Liu and his colleagues engineered a form of the protein that was only active in the presence of a small, drug-like molecule.

“Virtually all of the published genome-editing studies have used constructs that make lots of genome-editing agents, often without any necessary time limit. They can keep making genome-editing proteins for days or longer,” Liu said. “With this system, we can pulse the cell with the small molecule to get the Cas9 to turn on for several hours, and then withhold it and the protein will naturally be degraded. Any new Cas9 proteins made after that pulse of the small molecule has passed will naturally be inactive.”

Liu expects that with continued improvement, tools like Cas9 and CRISPR one day will be so accurate that they fall below the rate of natural, spontaneous mutation.

“There are a certain number of mutations that occur in your genome every day,” Liu said. That means it’s all about making sure the benefits of the technology outweigh the risks, he said. “If we can lower the undesired genome-modification rates to below the level of spontaneous mutations, then one can take comfort in knowing that a genome-editing agent delivered to a human patient does not significantly increase the risk of that patient developing cancer or other genetic diseases.”

While efforts to improve the specificity of Cas9 and other genome-editing agents are important, Liu said he also supports the idea, recently described by Professor Jennifer Doudna of the University of California, Berkeley, and other scientists, of placing a moratorium on the use of such technology in humans until their risks are better understood and their safety evaluated.

“This is a new technology, and it’s been widely recognized to be effective in virtually every cell type, including human cells,” Liu said. “I think it’s very wise to establish a dialogue, preemptively, between scientists and other members of society to make sure the development and application of these tools is done thoughtfully.”