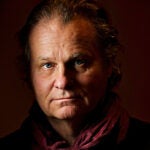 Recognized by President Faust for their extraordinary service

Drew Faust, president of Harvard University and Lincoln Professor of History, will present the medals on Commencement Day, May 28, during the Annual Meeting of the Harvard Alumni Association (the Afternoon Program).

First awarded in 1981, the Harvard Medal recognizes extraordinary service to Harvard University. The service can range across diverse aspects of University life — from teaching, leadership, and innovation to fundraising, administration, and volunteerism.

Charles J. “Charlie” Egan Jr.’s dedication and love of Harvard are visible in all he has done since first arriving in the Yard in 1950. He was deeply involved with the HAA for years, including serving as president from 1989 to 1990, and he was recognized with the HAA Award in 1993. He has worked tirelessly with students and local alumni as president of the Harvard Club of Kansas City. There, and earlier with the Harvard Club of Long Island, N.Y., he also dedicated countless hours to alumni interviewing and worked closely with the Harvard College Admissions Office, for which he received the Hiram S. Hunn Memorial Schools and Scholarships Award in 2004. He is a longtime class leader, having served as co-chair of the Harvard College Fund Executive Committee from 2001 to 2003 and as co-chair of his class’s record-breaking reunion giving activities for decades. In 2012, he received the David T.W. McCord ’21 Lifetime Achievement Award. He is a passionate supporter of the Crimson swimming and diving team, on which he earned three Major H’s and was team captain. He and his son Peter (also a former team captain) endowed the men’s swimming and diving head coach position in 2013.

Egan currently serves as the co-trustee of the Stanley H. Durwood Foundation. He is former vice president and general counsel of Hallmark Cards Inc.

Michael E.A. Gellert is a devoted champion of Harvard University. He has served, and continues to serve, in a number of different roles throughout the University, revealing his commitment not only to the College, but to Harvard as a whole. Previous roles include being a member of the Visiting Committee to the University Library, the Committee on University Resources (COUR) Executive Committee, the Harvard College Fund Council, the Harvard T.H. Chan School of Public Health Leadership Council, and the Radcliffe Institute’s 10th Anniversary Steering Committee, and chairing the Library Development Committee and many of his class’s reunion gift committees. He was also a member of the Board of Managers of the Harvard Club of New York during its expansion. He currently serves as a member of the Faculty of Arts and Sciences (FAS) Campaign Steering Committee, the FAS New York Major Gifts Committee, and the Divinity School Leadership Council.

With his cousin, Gellert co-founded Windcrest Partners, a private New York investment firm where he remains an investor and general partner. He is active in several nonprofit organizations, including serving as a trustee of the Carnegie Institution for Science, New School University, and the Caramoor Center for Music and the Arts, and as director for Human Rights Watch and the New York City Opera.

Gellert and his wife, Mary Crombie Gellert, HRP (Harvard Radcliffe Program in Business Administration) ’57, have two children, both of whom attended Harvard: John Matthew Gellert ’92 and Catherine “Kate” Gellert ’93, who was president of the HAA from 2013 to 2014.

A specialist in Persian painting, Thomas W. Lentz Jr. received his Ph.D. from Harvard in 1985. He has worked at such institutions as the Museum of the Rhode Island School of Design, the Los Angeles County Museum of Art, and the Smithsonian’s Freer Gallery of Art and Arthur M. Sackler Gallery, as well as the Smithsonian’s International Art Museums Division. He returned to Harvard in 2003 when he was named the Elizabeth and John Moors Cabot Director of the Harvard Art Museums.

During his tenure at Harvard, Lentz has been the major force behind the Harvard Art Museums’ decade-long transformation and expansion. This monumental task brought together three museums (the Fogg, Busch-Reisinger, and Arthur M. Sackler) and their collections under one roof. Faust has noted of Lentz: “His vision did not just include the creation of exhilarating new spaces, but the reconceptualization of the place of art — and the museums’ treasures — in the curriculum and in the life of the University and its wider community. [He] never faltered in his dedication to this project, overcoming organizational, financial, and myriad other challenges with unrelenting — and quietly understated, yet compelling — zeal.”

In addition to his work at Harvard, Lentz currently serves on several advisory committees, including the Visiting Committee for the Department of Arts of Asia, Oceania, and Africa at the Museum of Fine Arts, Boston; the Princeton University Art Museum Advisory Council; the International Board of Overseers, Sakıp Sabancı Museum, Sabancı University, Istanbul; the Association of Art Museum Directors; and the Board of Advisers, Kravis Leadership Institute, Claremont McKenna College. He is also a fellow of the American Academy of Arts and Sciences.

Sandra Ohrn Moose has been a most active and enthusiastic alumna, with decades of service to the University and the Graduate School of Arts and Sciences (GSAS). Her leadership roles have had a significant impact on academic excellence and on the quality of student life. She has been described as a “true catalyst for alumni involvement, and, in particular, an outstanding role model for alumnae.”

Moose has served on multiple Harvard committees, chairing the Council of the Harvard Graduate Society as well as the Graduate School Alumni Association Council, of which she has been a member for over two decades. Active with fundraising, she has established the Sandra Ohrn Family Graduate Student Dissertation Fellowship Fund, which allows GSAS to assist Ph.D. students in finishing their degrees more efficiently and without undue financial burdens.

In 1968, she was the first woman hired as a business strategy consultant at The Boston Consulting Group, where she spent her career, becoming a senior managing partner, a director, and now a senior adviser. She has served on a number of public company boards, including Verizon, where she served for many years as presiding director, as well as the Alfred P. Sloan Foundation, where she continues as chairman. Her civic involvement includes significant roles at the Museum of Fine Arts in Boston, where she is currently president of the board; the Boston Symphony Orchestra; the Huntington Theatre Company; the Museum of Science, Boston; and the Boston Public Library Foundation.

Robert D. Reischauer’s connection with Harvard began in childhood as the son of a distinguished professor. Growing up in Cambridge and Belmont, Mass., before graduating from Harvard College in 1963, he joined the Harvard Corporation in 2002 after a six-year term on Harvard’s Board of Overseers. Along with Faust, he guided the wide-ranging review that led to recent governance reforms, intended to expand the Corporation’s capacity and intensify its focus on issues of long-term strategy and policy. The changes included expanding the Corporation from seven to 13 members and creating new committees on facilities and capital planning, finance, and governance.

Upon Reischauer’s stepping down from the Corporation, Faust observed, “[He] has been a deeply dedicated and extraordinarily effective senior fellow, guiding the Corporation through a time of transformative change. His legacy, as the senior fellow who did so much to shape and implement our recent governance reforms, will carry on for decades ahead. I’m immensely grateful for his leadership, his insight and counsel, and his unwavering personal support.”

Now a distinguished institute fellow and president emeritus of the Urban Institute, a nonpartisan economic and social policy research organization in Washington, D.C., Reischauer served as the institute’s president from 2000 to 2012. From 1989 to 1995, he was director of the Congressional Budget Office (CBO). Both before and after his tenure as CBO director, he was a senior fellow at the Brookings Institution.

A member of the American Academy of Arts and Sciences, the Institute of Medicine, and the National Academy of Social Insurance, Reischauer is a recognized policy expert on the federal budget, Medicare, Social Security, poverty, and welfare. He is one of the two public trustees of the Social Security and Medicare trust funds, was vice chair of the Medicare Payment Advisory Commission from 2001 to 2008, and serves on the boards of several educational and nonprofit organizations.

He lives in Bethesda, Md., with his wife, Charlotte Scannell Reischauer ’63.