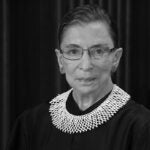 Recognized as a force for change

R. Martin Chávez, New York
Chief information officer and partner, The Goldman Sachs Group, Inc. He graduated from Harvard in 1985 with an A.B. and S.M. in computer science. He also holds a Ph.D. in medical information science from Stanford University (1990).

Brian Greene, New York
Professor of Physics and Mathematics, Columbia University. He is a graduate of Harvard College (A.B. 1984) and holds a D.Phil. in physics from the University of Oxford (1986).

The five Overseers were elected for six-year terms. They were chosen from a slate of eight candidates, who were nominated by a Harvard Alumni Association committee in accordance with the election rules. Harvard degree holders cast 26,400 ballots in the election.