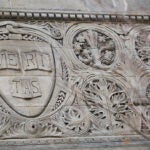 Saheela Ibraheem was accepted to Harvard College at age 15, and arrived at 16. She took ultra-tough Math 55. She was a teaching fellow for Harvard’s largest class, CS50. She introduced President Barack Obama at a reception in March. Now, she is graduating at just 20.

So she’s planning a well-earned rest.

Ibraheem is a Quincy House neurobiology concentrator with a computer science secondary and an aim for a career in academia. That means graduate school is in her future. But first she’s taking a gap year and, for once, has no specific plans for it yet.

Ibraheem, who grew up in Piscataway, N.J., has long been in the spotlight for her academic achievements. At 16, she was named to a list of “The World’s 50 Smartest Teenagers,” which got the attention of the White House. She was invited to Washington, D.C., in early March, where she introduced the president and first lady at a reception to kick off Black History Month.

“She’s like the State Department and the National Institutes of Health all rolled into one,” Obama said during a short speech. “Young people like this inspire our future.”

Ibraheem became interested in neurobiology in high school — which she entered after skipping sixth and ninth grades — when she picked up a copy of “Gray’s Anatomy” at the school library. She fed that interest at Harvard not just in class, but also in the laboratory of Emery Brown, who investigates the neurobiology of anesthesia and holds appointments at Harvard and the Massachusetts Institute of Technology, including the Warren M. Zapol Professor of Anaesthesia at Harvard-affiliated Massachusetts General Hospital.

Ibraheem’s parents are both numerically inclined. Her father is a quantitative analyst for a New York bank, and her mother is an accountant. She has three younger brothers, two of whom are in their first years at Yale University and Dartmouth College. Lest her academic accolades give her a big head, one brother reminds her occasionally that he got into Yale, and she didn’t.

Being younger than her Harvard classmates didn’t prove too difficult, Ibraheem said, though she recalled that one first meeting with a classmate devolved into an argument about how old she really was. Other than that, she said that being too young to buy some cold medicines or to see R-rated movies were the most significant obstacles.

At Harvard, Ibraheem has been a member of the Harvard Islamic Society, and worked with two other student groups: the Science Club for Girls, which provides after-school mentoring at the Amigos School in Cambridge, and, Dreamporte, which uses 3-D technology to teach geography and world culture to foster children.

When asked what advice she had for incoming students, Ibraheem said that they shouldn’t shy away from challenging classes, but that they also shouldn’t sacrifice sleep and free time just to study endlessly.

“There are so many new people. Meet as many as you can. Maybe try out extracurriculars you didn’t [try] before,” Ibraheem said.

Ibraheem said her Harvard experience transformed her from a shy person to someone comfortable meeting people, talking with them, and listening to them.

“[It was] definitely enlightening, transformative, unique,” she said.