A new dean for SEAS 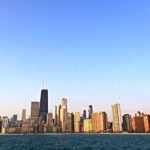 A Crimson kind of town

Francis J. Doyle III, a distinguished scholar in chemical engineering at the University of California, Santa Barbara (UCSB), has been appointed the next dean of the Harvard School of Engineering and Applied Sciences (SEAS) and will take the reins on Aug. 1.

Doyle most recently served as associate dean for research at UCSB’s College of Engineering, where he instigated a major push into bioengineering. He led faculty at two colleges in developing a strategic vision for research and education and in programming and designing a state-of-the-art facility. As founding associate director in 2003 and now director of the multicampus Institute for Collaborative Biotechnologies, Doyle brings together the research and educational efforts of 55 faculty spanning 15 departments and the campuses of UCSB, Caltech, and the Massachusetts Institute of Technology.

As a scholar, Doyle applies systems engineering principles to the analysis of regulatory mechanisms in biological systems. His work includes the design of drug-delivery devices for diabetes; modeling, analysis, and control of gene regulatory networks underlying circadian rhythms; and computational analysis for developing diagnostics for post-traumatic stress disorder. Doyle also applies control schemes to nonlinear, multivariable, constrained industrial processes such as particulate systems and pulp and paper operations, and works on control aspects of sheet/film processes.

Doyle has been named a fellow in the American Association for the Advancement of Science, the American Institute for Medical and Biological Engineering, the International Federation of Automatic Control, and the Institute of Electrical and Electronics Engineers.

“Frank is an award-winning teacher, a highly experienced administrator and originator of significant interdisciplinary initiatives, and a warm and gifted leader,” said Michael D. Smith, Edgerley Family Dean of the Faculty of Arts and Sciences (FAS). “He brings to the deanship a keen understanding of the opportunities and challenges facing schools of engineering and applied sciences today; the intellectual breadth, practical acumen, and entrepreneurial spirit to move SEAS successfully into the future; and an inclusive and collaborative style that will further strengthen the SEAS community.”

Doyle takes over at a time of great change and opportunity for SEAS. The number of undergraduate concentrators at SEAS has risen steadily in recent years. And the School is undertaking both intellectual and capital planning for an expansion into Allston. Last November, former Microsoft CEO Steve Ballmer ’77 lent his financial support to a plan to increase the computer science faculty by 50 percent over the next few years, to 36 from 24.

“Frank Doyle’s distinguished career in engineering and his leadership experience at UC Santa Barbara — where he helped to develop a new intellectual vision for the school as well as a new physical home — make him the ideal choice to lead SEAS as it expands both its size and its importance in the years to come,” said Harvard President Drew Faust. “We are delighted to welcome him to the University.”

“I am both thrilled and honored by the opportunity to step into the role of dean of SEAS,” said Doyle. “The faculty and students in this School comprise some of the brightest minds in the world. I am excited to work with SEAS, in collaboration with the other Schools at Harvard, as we chart the course for the future of engineering and applied sciences.”

Doyle succeeds Harry Lewis, Gordon McKay Professor of Computer Science, who has served as interim dean since January. “SEAS has been fortunate to benefit from Harry’s experienced leadership during this time of transition,” said Smith. “From the countless emails and other comments I have received, I know that many at SEAS and in our alumni base share my sincere gratitude to Harry for his outstanding service.”

Doyle was appointed after an extensive search process with international reach and significant local engagement. “I am enormously grateful to the 16 faculty members of the search advisory committee for their insights into SEAS and their tireless review of candidates,” said Smith. “In addition, faculty across SEAS and the Science Division provided me with thoughtful input, as did SEAS staff, students, postdoctoral fellows, and alumni. From town hall meetings, individual interviews, and targeted group discussions held across campus, a clear sense emerged of the qualities SEAS was looking for in its next dean. In Frank, I believe we got them all.”

Doyle received his bachelor’s degree (B.S.E. in chemical engineering) from Princeton University in 1985, a Certificate of Postgraduate Studies from Cambridge University in 1986, and a Ph.D. in chemical engineering from Caltech in 1991. In 1992, he joined Purdue University as an assistant professor and was later promoted to associate professor. In 1997, Doyle moved to the University of Delaware as an associate professor and was then promoted to professor. And in 2002, he was appointed to the Duncan & Suzanne Mellichamp Chair in Process Control at UCSB.