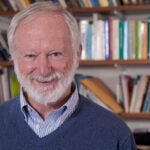 FAS approves a new concentration in the arts

It’s official: Harvard’s curriculum just got even more creative. This afternoon, members of the Harvard Faculty of Arts and Sciences (FAS) approved a new concentration for College undergraduates in Theater, Dance, and Media that blends historical and theoretical study with arts practice.

Interested students will begin taking classes this fall, and the concentration will officially launch in December.

The new concentration reflects a strong student desire, said University administrators, and expands on Harvard’s pledge to incorporate the arts more fully into the life of the University.

“The theater, dance, and media concentration is a true reflection of our shared commitment to strengthening the study and practice of the arts at Harvard,” said President Drew Faust, who supplied $5 million in seed funding for the new concentration. “I am so pleased to have been able to provide these resources, and I want to congratulate the Faculty of Arts and Sciences on the approval of this concentration.”

For many interested parties, it’s been a long time coming — almost 100 years, by some accounts. In 1905, Harvard’s pioneer in promoting the theater as a field of study, English Professor George Pierce Baker, offered his first playwriting class. Later, he work-shopped plays created in the course. Tired of Harvard’s lack of support for a playwriting degree, Baker decamped for Yale in 1925, where he founded the Yale School of Drama.

The concentration grew out of recommendations released by a Presidential Arts Task Force in 2008 and the resulting Harvard University Committee on the Arts (HUCA), a University-wide arts advisory committee that supports an enhanced arts presence in the curriculum.

The global financial crisis of the time put plans for the new concentration on hold. But in 2011, as the economy began to rebound, Martin Puchner, chair of the Standing Committee on Dramatic Arts, restarted the planning process, seeking input from the committee, faculty members, students in the Harvard-Radcliffe Dramatic Club, the head of the theater programs at Columbia and Yale, visiting artists, and members of Harvard’s Signet Society.

Puchner, Harvard’s Byron and Anita Wien Professor of Drama and of English and Comparative Literature, said the new concentration “galvanizes” Harvard’s existing resources. Over the years, Harvard’s arts and theater scene has blossomed in myriad ways. Today it is connected to one of the nation’s top theater companies, the American Repertory Theater; holds one of the world’s most extensive performing arts collections (established with Baker’s help); has a booming student-driven extracurricular community supported by the Office for the Arts (OFA); and has a new OFA dance director and senior lecturer in Harvard’s Music department, Jill Johnson, who is dedicated to interdisciplinary study.

In addition, Harvard faculty and lecturers have taught varied classes in theater and drama for years. Puchner said the new concentration will partner with key campus arts organizations such as the OFA, the American Repertory Theater, and Harvard’s Dance Program, and that FAS faculty will make up the concentration’s core instructors.

“We realized we already had a lot of the great resources in place for a theater concentration,” said Puchner. “It was just a matter of bringing together these somewhat balkanized elements of the University that had to do with the performing arts and develop a solid curriculum.”

The concentration’s requirements include 11 half-courses that explore areas such as the history of theater and critical and scholarly approaches to its various genres and forms. Students will take a sophomore and a junior tutorial. They will take several practice-based courses, including labs that focus on the technical aspects of theater-making. And they will participate in two department productions. Two additional productions could be student-run.

Organizers are quick to emphasize that the concentration’s coursework does not offer students “conservatory-style training.” Instead, it merges experiential learning with critical analysis and theory, they said.

“We wanted to give our students the chance to produce, act, direct, stage, but also learn about the history of the form, learn about the theory of performance and drama, learn about specific playwrights, about the rigorous fields that come into play,” said Dean of Arts and Humanities Diana Sorensen. “This new concentration is giving students the right balance between the making, the extracurricular, the entrepreneurial on the one hand, and on the other the entire disciplinary perspective of a field.”

Moving forward, the concentration’s organizers plan to work with various departments in FAS, with the Graduate School of Design (GSD), and with the Department of Environmental and Visual Studies (VES), which will collaborate with organizers in helping to develop the concentration’s media component. The media element reflects a 21st-century perspective and the evolving high-tech nature of the performing arts.

“The contemporary live performance landscape is saturated with other non-live media, such as film or holographs or robotics — basically any sort of digital or for that matter analog media technology you can name,” said Derek Miller, assistant professor of English and a member of the Committee on Dramatic Arts. “We didn’t want to foreclose that aspect of the work that goes on onstage. We wanted to keep it as open as possible, and we plan to work with VES to draw on their expertise.”

Miller also said the new concentration is a work in progress. The faculty vote included a provision that the committee report back to the faculty in five years to reassess the status of the concentration.

“Inevitably, there’s going to be some adjustment that takes place,” said Miller. “But I am excited to have that dialogue and learn how best we can realize plans for the concentration.”

Several students eager to see how the process unfolds plan to declare the concentration in December. Freshman Eliza Mantz was considering other colleges until she heard about Harvard’s robust arts scene and the plan for the new concentration. “I started looking at Harvard and seeing that this place would be somewhere I could continue my education in a liberal arts setting, as well as get a really rich theater training,” said Mantz.

She added that the new concentration’s blend of practice and study is key.

“I’ve always wanted to study theater. And studying it in studio classes, as well as the analysis and academic classes that the concentration will provide, is sort of the perfect balance between practice and analysis that I’m looking for in a field of study.”