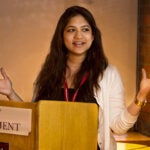 A decade of student impact

A rocker, now working at Harvard, still feeds his passion

Rob Reider is a verified Twitter user, though chances are you haven’t heard of him.

But he has walked the halls of MTV studios, jammed acoustically for “Total Request Live,” and made several music videos. He’s been on the road for months at a time, bathed in the doe eyes of shrieking fangirls, and had a single on the soundtrack for the Kristen Bell rom-com “When in Rome” and one of the “American Pie” movies. But that was then, and last year when “some dude in Belgium stole my credit card info,” that unknown bandit likely made away with a few of the royalty dollars Reider receives each year from his stint in the pop punk band The Friday Night Boys.

Haven’t heard of them either? Not a surprise. They didn’t have the cantankerousness of the Sex Pistols — they were all just really good friends. When The Friday Night Boys formed in 2006, the average age of its members was a mere 21. They hailed from middle-class Washington, D.C., suburbs, where mostly they’d grown up together.

Reider, an administrative coordinator with Harvard’s Campus Services, played bass. The band debuted in the heyday of MySpace, and the boys began posting mp3s of their songs with titles like “High School” and “Better Than You” during the brief window when the site was a platform for launching bands, said Reider. The music attracted managers who sent the group on record label showcases in Los Angeles.

By 2008, The Friday Night Boys were signed to Fueled by Ramen Records. “It was a bit surreal,” said Reider. “It wasn’t shock — it was what we all wanted.”

“We recorded at the nicest studio in L.A.,” said Reider. “It was so exciting. We were next door to Lindsay Lohan, Ludacris, Justin Timberlake. And our producer was super into the record.”

“We finished our last tour in Altoona, Pennsylvania,” said Reider. “We were all just getting older and wanting something more stable.”

Reider moved to Boston. “I had friends here, and I loved the music scene,” he said. He started working at Harvard, first as a staff assistant for Associate Vice President for Public Affairs and Communications Kevin Casey, helping with numerous community outreach events and programs. He got married. He moved on to his other job. But there was something more that gnawed at him.

“I’ve always had this affinity for small, DIY labels. I’d find these bands I loved, and do some research, and see they were on a label run by one or two people out of a garage or a bedroom,” he said.

Early this year, Reider founded Bob Records out of his apartment in Allston.

“I thought about it for a couple years, actually,” he said. “But then my friend’s band People in Cars were working on a release, and I asked them how they felt about me putting it out on my newly devised label.”

Bob Records is now gearing up for its eighth and ninth releases by Philadelphia instrumental band Mohican and Charleston-based punk outfit Drunk Couples.

Reider isn’t just digitizing the music by way of his Bandcamp page, he’s recording the music on cassettes and seven-inch records.

For one, it’s cheap, said Reider, and turnaround time is shorter. “And you’re listening to a whole album and not skipping tracks,” he added. “You’re hearing it the way the artist made it.”

Reider’s also playing music again. Alongside his guitarist brother-in-law, Reider pounds the drums for the Rococo Bang. The instrumental duo is a departure for Reider, who describes their sound as “funky at times, drony at times, Wall of Sound-y at times, loud, intriguing, drenched in riffs.”

While the band is set to make their public debut this spring, Reider has no plans to slow down on Bob Records. He’s enrolled in a marketing class at the Harvard Extension School and frequently checks out local venues, looking for that next band to add to his roster.

But he’s content to keep his enterprise small, personal — a true labor of love. “My goal is just to sell enough of one artist and put out another artist,” he said. “I have no delusions of grandeur.”