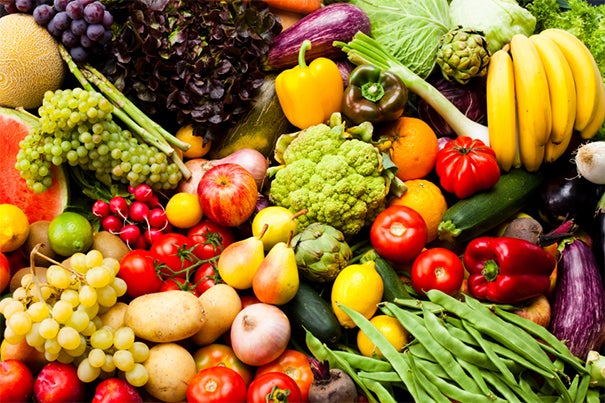 Since the 1970s, autumn harvests of France’s heat-loving Bordeaux grape have advanced, good news for a crop that historically has struggled against cool temperatures and rain.

But the good times won’t last forever, as climate change continues to pour on the heat.

“They were always fighting the climate, winter rains. They were often on a really tight season, with many poor and mediocre vintages,” said Elizabeth Wolkovich, an assistant professor of organismic and evolutionary biology. “It is definitely hotter in Bordeaux [today]. Harvest has sped up by three weeks since the ’70s and quality has increased. … But if advances in harvest continue at this rate, 30 years from now they may be trying to harvest Bordeaux grapes in August, and it’s not going to be a good grape.”

Wolkovich, an expert in the timing of key events in plant life cycles — called phenology — and how those events are affected by climate change, wants to help. She’s working today to better understand wine grape phenology and changes that might be needed in a warming world.

Wolkovich, a wine lover, says that Vitis vinifera ssp. vinifera, the wine grape cultivated since ancient times, first caught her eye four or five years ago. A colleague mentioned that the grape’s phenological diversity is among the widest in the plant kingdom. The comment was made in passing, but it stuck in Wolkovich’s mind.

“I didn’t know that it was true or not, but I kind of held onto the notion that it would be really fascinating if you had a hyperdiverse crop, how did it get that way? Is a Pinot noir really different from a Cabernet? It’s so phenologically different, you’d think they’re genetically very different, but maybe they’re highly related.”

“This is a fantastic system to work on and a relatively unexplored system for what I’m interested in,” she said. “It has huge implications for the future of wine grapes and wine [as it relates to] climate change. There’s a lot I can get out of it and give back, too.”

The diversity of wine grapes stems from their domestication and the development of different varieties through selective breeding. Wolkovich said no one knows exactly how many varieties the world holds. There are some 20,000 different names, many of which describe the same grape. Wolkovich herself estimates that there are at least 2,000 truly distinct varieties.

Wolkovich has been focusing on California wines, and last year gathered samples from 150 varieties grown there. She is conducting genetic tests on the samples and, in a few months, should know more about the connection between life-cycle differences and how closely related different varieties are.

“If it’s true that genetic distance is related to phenological difference, then there’s implications for how to breed for climate change,” Wolkovich said. “The other question I’m interested in is how phenology controls how plants respond to climate change.”

In an experiment planned for the fall, Wolkovich wants to understand how vines respond to extreme heat stress, like the record heat that struck Europe in the summer of 2003. Some plants, she said, held up under the high temperatures, while others wilted. Working at the Arnold Arboretum, she plans to use growth chambers where conditions can be controlled.

“Where is the inflection point where it’s too hot? It’s hard to get those data in the field, because that kind of heat is rare.”

In another project, Wolkovich is examining historical harvest records dating to the 1300s, to illuminate the connection between harvest date and temperature. Historically, drought has predicted earlier harvests, which have been linked to better wines.

“In France, quality is strongly related to climate. They’ve been getting higher-quality harvests lately, probably because of climate change. That will break down eventually.”

Ultimately, Wolkovich said, she’d like to be able to project the climate change expected in wine-growing regions and match that with the characteristics of different wine grapes. Much of the climate change-related conversation concerning vineyards has so far centered on the northward push of climatic grape-growing regions, and the possible need for vineyards themselves to move. More likely, Wolkovich said, is that vineyards will not have to move, but instead have to shift the varieties they grow to match conditions.

Such a change could be tricky. In some parts of the world, vines have to be planted seven to 10 years before they’re in full production. Some warmer regions, such as Italy and Australia, are already growing heat-loving varieties and may need to alter cultivation habits or breed new varieties. In places like France, where the climate will likely support grape cultivation into the foreseeable future, legal and regulatory change will be needed as varieties change, since varieties are tightly tied to certain geographic regions.

“First we need a lot more data; it is really early on,” Wolkovich said. “Three years from now we [hope to have] better forecasts of what people are looking at and how many times they may have to switch varieties over the next 50 to 80 years.”