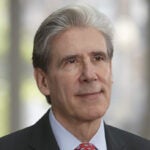 What if there were a way to create electricity from tapping temperature differences between the Earth’s surface and space, or to track thoughts and logic in the brain?

Answering “there is” to either of those questions could substantially change our lives. And it’s these ideas — among others — that the winners of this year’s Star Family Challenge for Promising Scientific Research are examining across Harvard’s labs and research departments.

The annual competition, now in its second year, was established by the Star family at the suggestion of James A. Star ’83. It is designed to acknowledge and support some of the most innovative research being done by Harvard faculty in the natural and social sciences.

In discussing the selection process, Douglas Melton, the Xander University Professor of Stem Cell and Regenerative Biology, who also chairs the Star Family Challenge faculty selection committee, said, “As you can guess, we are charged with something that seems so easy that isn’t that easy.

“We want to find projects that are potentially important and that in general should be funded if the nation was working properly. And many of the projects we saw should be funded, but that wasn’t good enough. They have to be proposals that were much more risky,” he explained.

From a field of 50 proposals across 25 departments, five were chosen for this year’s awards. The recipients were honored at a ceremony at the Lamont Library on Tuesday. The winners are eligible for awards ranging from $20,000 to $200,000 to aid in their research.

“We were looking for truly original and groundbreaking work,” said Melton. “And I will leave it up to you as to whether or not we were successful.”

Three of the winners are exploring natural science research that could change humankind’s ability to improve the environment and develop sustainable energy sources.

Federico Capasso, the Robert L. Wallace Professor of Applied Physics in the School of Engineering and Applied Sciences (SEAS), is exploring the development of a renewable source of energy powered by temperature differences between the Earth’s surface and space. His project, titled “Emissive Energy Harvesting,” aims to extract energy from the thermal radiation that naturally flows upward from the Earth.

“What we looked at is a source that really has been neglected,” Capasso said. “It is the heat from the hot Earth and the cold outer space. There is a temperature difference there and so we believe based on this, we can make a normal device called an emissive-energy harvester which can capture some of this energy.”

David Keith, the Gordon McKay Professor of Applied Physics at SEAS, is leading a project that, if successful, could reduce the risks of solar geoengineering, a promising but controversial solution to problems caused by global warming and climate change. His plan explores the use of solid aerosol particles, which could potentially be disbursed in the atmosphere to reduce the amount of solar energy that reaches the Earth and combat the effects of global warming.

“What is exciting is for the first time to do experiments that specifically address the question of whether we could tailor particles to reduce ozone impacts,” Keith said. “So that is the central thing we are going after, is to develop experiments that could probe whether or not particles could be designed to do that.”

Daniel Schrag, the Sturgis Hooper Professor of Geology and professor of environmental science and engineering, is hoping to solve a problem with the model used to predict global warming. The research is focused on the “hiatus” in global warming first occurring in the late 1940s, again beginning in 2000, and continuing today. Schrag and his team hope to prove that changing water temperatures in the tropical Pacific Ocean cause periodic temperature plateaus.

“What we are seeing is exactly the same as we saw mid-century, and understanding what causes this and actually being able to predict this, is really an important part our confidence that our understanding of climate change is robust,” said Schrag, the director of the Harvard University Center for the Environment.

The final two Star Family Challenge winners are focused on the study of the functions and malfunctions of the brain.

Paola Arlotta, professor of stem cell regenerative biology in the Faculty of Arts and Sciences (FAS), may have the project with the catchiest name: “Cognition in the Dish: Creation of the Next-Generation Models of Neurodevelopment Disease Using Human Brain Organoids.” Arlotta is exploring the development of human cerebral buds grown from stem cells taken from a human skin sample. The hope is that the organoids, which are 3-D organ buds grown in the lab, one day can be evolved into cerebral tissue for use in drug screening and research into autism and other neurodevelopmental disease.

Joshua Greene, associate professor of psychology in FAS, is using magnetic resonance imaging (MRI) data to explore how information travels from one part of the brain to another in processing. His project, “The Nuts and Bolts of Complex Thought: Neural Mechanisms of the Truth-Functional Operation,” is investigating how and where the brain processes the complex thought needed for most human activities.

“This is something we take for granted — that we can hear something for the first time that is quite surprising or novel or absurd and you can understand it immediately,” Greene said. “We really have no idea how this works, we have some hints and most of what we know about the brain comes from the study of animals, but animals don’t do this, so we need to study humans in order to understand.”

“I’m really impressed with the breadth, creativity, and innovativeness of the proposals that we have heard here today,” said Robert Star ’76, M.D. ’80, who attended the ceremony with his brother James. “They span across the University and I look forward to having some of the groups work with each other to even increase the innovation in the science.”