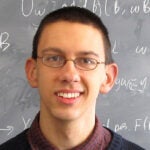 “The Admissions Committee has assembled a class that promises to be one of the best in Harvard’s long history,” said William R. Fitzsimmons, dean of admissions and financial aid. “It will be exciting to witness their progress during their Harvard years and beyond.”

For 90 percent of American families, it costs less to attend Harvard than one of the nation’s public universities. “Bringing promising students to Harvard is our main objective, and we believe that financial circumstances should never cloud a student’s decision to apply,” said Sarah C. Donahue, Griffin Director of Financial Aid. “That is why we remain committed to supporting every admitted student with need-based aid.”

Harvard requires no contribution from families with annual incomes below $65,000, and asks an average of 10 percent of income from the majority of families receiving financial aid. Even families with incomes greater than $150,000 are eligible for aid depending on particular circumstances, such as multiple children in college or unusual medical or other essential expenses. “Based on current projections, more than half of Harvard students will receive need-based aid, and their families will pay on average only $12,000 annually,” said Donahue.

For students not receiving need-based aid, the total cost of attendance (including tuition, room, board, and health and other fees) is scheduled to increase by 3.5 percent, to $60,659, for the 2015-16 academic year. Tuition specifically will increase by only 3 percent, to $41,632.

Compared to last year, larger percentages of admitted students intend to concentrate in the social sciences (26 percent vs. 23.8 percent), the humanities (15 percent vs. 13.6 percent), and computer science (6 percent vs. 4.5 percent). Those interested in biological sciences make up 19.6 percent of the class, 12.2 percent engineering, 7 percent physical sciences, and 6.4 percent mathematics. “Undecided” decreased from 8.3 percent to 7.8 percent.

“In addition to standard academic measures, students present a wide array of academic accomplishments, and our faculty evaluates research of all kinds, and portfolios across all academic and creative disciplines, to identify the next generation of scholars for Harvard,” McGrath added.

Recruitment begins each year in February with direct outreach to promising juniors. More than 62 percent of all admitted students and 80 percent of admitted minority students (including 87 percent of Latinos and 86 percent of African-Americans) appeared on the original College Board and ACT search lists that helped launch Harvard’s outreach program for the class.

Looking ahead, staff members will again visit 125 cities this spring and fall in tandem with Duke University, Georgetown University, the University of Pennsylvania, and Stanford University, targeting high school juniors who may eventually join the Class of 2020. “Harvard will also travel with Princeton, Yale, and the University of Virginia to visit 20 more cities in the fall, reaching out to students from modest economic backgrounds,” said Kanoe Lum Williams, assistant director of joint travel.

“The commitment of our UMRP coordinators continues to produce excellent results each year,” said Lucerito Ortiz, co-director of UMRP. Added Tia Ray, assistant director, “Our network of close relationships with schools and communities will ensure success with future recruiting as well.”

“Our student recruiters spoke with many talented students now admitted to the Class of 2019 who never dreamed Harvard was possible,” added Pharen Bowman, HFAI assistant director. “As a person who would have benefited from the HFAI program, I continue to be inspired by students who come to Harvard as a result of HFAI.”

A new initiative directed toward first-generation students, headed by Niki Johnson, is also off to a fast start. The Harvard First Generation Program (HFGP) aims to remind prospective students and their families that Harvard has long sought those whose parents have not graduated from a four-year college. The new program promotes early college awareness, provides information to help first-generation students navigate the admissions process, and works closely with the Harvard First Generation Student Union, a student organization formed in 2013. This new initiative adds to the efforts of Kevin Jennings, who organized alumni through the Harvard Alumni Association to serve as mentors, sponsor recruiting events, and reinforce Harvard’s commitment to those who will be the first in their families to come to Harvard.

The Undergraduate Admissions Council (UAC) and the undergraduate tour guides and greeters work year-round with campus visitors, welcoming prospective applicants and hosting them overnight. David Evans, co-director of the UAC, noted that “The credibility current undergraduates have with prospective students is critical in informing them about what life at Harvard is really like.”

“The UAC members get well past the conventional wisdom about Harvard,” said fellow co-director Maxwell Dikkers.

Thomas Hamel, also a co-director, concurred: “We hear from students and families that UAC members provide information that simply can’t be quantified in guidebooks and brochures.”

“Our tour guides and greeters see more than 40,000 visitors each year to Cambridge,” said Banks, director of visitor services and co-director of the Tour Guide Program. “Our students’ personal stories make Harvard come alive for our visitors.” Added co-director Ortiz, “We get many compliments from the public about our tour guides and their ability to relate to a wide range of people with grace and humor.”

“Many prospective students from around the world decide to apply based on their time with our tour guides,” added Bryce Gilfillian, assistant director.

“This year’s record applicant pool appears to have resulted in part from the Harvard College Connection (HCC), our newest recruitment program, designed to interface with both specific and more general audiences. The work of the HCC has been enhanced greatly by the addition of our new website, online videos, and various social media activities,” said Fitzsimmons. “Fifty-two percent of our applicants noted that our website was one of the ways they learned about Harvard, and 36 percent mentioned email/social media.”

To give admitted students the opportunity to experience Harvard life and meet future professors and classmates, a visiting program is scheduled for April 25-27. The program, known as Visitas, enables guests to sample classes, attend faculty panel discussions, concerts, receptions, department open houses, symposia, and events organized by extracurricular groups. More than 1,400 admitted students are expected to visit during April and 1,200 during Visitas.

“Students admitted to Harvard have their choice of the world’s best colleges. Meeting faculty and future classmates can be a key component of making the right college choice,” said Visitas Director Timothy Smith. “We have found that many students decide to attend Harvard based on their Visitas experience.” Smith is assisted in this multifaceted program by Brown, Dikkers, Gilfillian, Ray, and Williams.

“Our loyal 15,000 alumni volunteers are the face of Harvard in communities around the world,” said Brock Walsh, co-director of the Alumni Network for Schools and Scholarship committees. “Their interviews are more important than ever as we make our admissions decisions. They are essential to our recruiting as they visit schools, call newly admitted students, and host gatherings for them in April.” Added Caroline Weaver, co-director, “They spend countless hours helping us assemble our class, and their loyalty is evident as they do whatever is needed to help us year after year.”

Donahue and her financial aid colleagues will be available to speak with admitted students and their families on weekdays from April 1 until May 1 from 8 a.m. to 8 p.m. EDT, and on April 26 from 10 a.m. to 4 p.m. during Visitas.

“We welcome students and parents, including families who may not have applied for financial aid but who are interested in the wide range of available payment options,” she said. “Our program offers assistance to all students and families, ranging from full financial aid to a number of financing alternatives.”

Admitted students have until May 1 to accept their offers of admission.