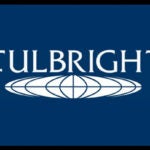 Claudine Gay, a Harvard professor of government and African and African American Studies, and a distinguished scholar of mass political behavior, has been appointed the dean of social science by Michael D. Smith, Edgerley Family Dean of the Faculty of Arts and Sciences.

Gay, who will begin her new role on July 1, joined the Harvard faculty in 2006, and has served as director of graduate studies for the Department of Government for the past five years. She has also been a member of the Committee on General Education, and earlier this year joined the Steering Committee for the Institute of Quantitative Social Science. She serves on numerous editorial boards and scientific associations, and is vice president of the Midwest Political Science Association.

With teaching and research interests that include American political behavior, public opinion, and the politics of race and ethnicity, Gay has investigated the effects of descriptive representation on citizens’ orientations toward their government, the role of neighborhoods in shaping the racial and political attitudes of black Americans, the roots of competition and cooperation between minority groups, and the effects of concentrated poverty on political engagement.

“Professor Gay has long demonstrated a deep commitment to education and the FAS’s efforts to build an outstanding faculty,” Smith said. “She has been a trusted adviser on faculty and decanal searches, serving on or chairing many review and search committees. As divisional dean, Professor Gay will continue her efforts to strengthen the faculty and advance our teaching and research missions.”

“I am excited to listen to, and learn from, my divisional colleagues as we work together to advance teaching and research in the social sciences,” said Gay. “I look forward to a smooth transition, thanks in no small part of Dean [Peter] Marsden’s tremendous leadership, for which I am grateful.”

Gay will take over as divisional dean from Marsden, the Edith and Benjamin Geisinger Professor of Sociology. Marsden, who joined the faculty in 1987, was appointed dean in 2010, and earlier served as chair of the Sociology Department and of the Program and Admissions Committee for the Ph.D. Program in Organizational Behavior.

“I also want to take this opportunity to thank Dean Marsden for his service,” Smith continued. “Throughout his tenure as divisional dean, he has listened intently to the departments, thoughtfully identified priorities, and advanced the needs of the social science division.”

Before joining the Harvard faculty, Gay was an assistant professor of political science at Stanford University from 2000 to 2005 and an associate professor from 2005 to 2006. Gay received a bachelor’s degree in economics from Stanford, and earned her Ph.D. from Harvard’s Graduate School of Arts and Sciences, where she was awarded the Government Department’s Toppan Prize for best dissertation in political science.