A home fit for a king 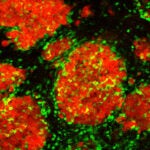 Brian Farrell has been obsessed with peregrine falcons since he was a boy. In 1978, as a University of Vermont undergrad, he spent a summer on Owl’s Head in New Hampshire, raising and releasing five peregrine chicks hatched by Cornell University’s Lab of Ornithology.

On Tuesday, 37 years later, he was on hand as Massachusetts wildlife biologists took a similarly important step in their reintroduction — this time on Harvard’s campus.

“They’re the fastest creatures that ever lived, and range all over the world,” said Farrell, a professor of organismic and evolutionary biology, curator in the Museum of Comparative Zoology, and director of the David Rockefeller Center for Latin American Studies. “They’re masters. You can see they own the air. Other birds fly, but they seem to know they’re kings.”

Farrell, accompanied by Jeremiah Trimble, a curatorial associate in ornithology at the museum and building manager Raymond Traietti, was at Memorial Hall on Tuesday when Thomas French, assistant director of the Massachusetts Division of Fisheries and Wildlife, and state wildlife biologist David Paulson installed a nest box high on the building’s tower in hopes that a nesting pair will one day make it their home.

The falcons, which can dive at speeds greater than 200 mph, are on the rebound after their numbers plummeted decades ago due to widespread use of the pesticide DDT. The state still lists them as threatened.

The last time peregrine falcons nested successfully at Harvard was in 1955, Farrell said. A clutch of falcon eggs discovered by Traietti last year at Memorial Hall failed, probably due to weather. The addition of a nest box with gravel should help to attract the birds next spring — this year’s nesting season is too advanced — and also increase the chances of healthy fledglings, French said.

“This is an investment for next year or the year after that.”

Nest boxes are important, Farrell said, because in nature falcon nests are built on cliffs, where the birds scratch out a hollow in dirt or gravel. Buildings are sufficiently cliff-like in their vantage point, but eggs laid on bare concrete or other roofing material tend to roll around and are hard for the parents to keep warm.

Though Harvard Square is already home to red-tailed hawks, a conflict with peregrines is unlikely, Farrell said. The hawks feed mainly on squirrels, while the falcons ambush other birds in flight, stunning them at high speed before grabbing them as they fall through the air.

French said the Boston region is the densest nesting area for the falcons north of New York City. Statewide, there are close to 30 nests, and the population is increasing rapidly.

Welcoming the falcons to campus would be cause for celebration, said Farrell, and not just for biology students who wouldn’t have to leave home to study one of the world’s most fascinating predators.

“It shows that a symbol of the wildest America — the peregrine falcon — which was extinct in the East, is able to nest here on campus, an urban site. I think it’s inevitable. They’ll be back.”