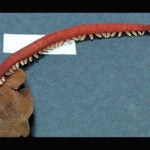 Keys to a split-second slime attack

Harvard researchers have discovered a new psychological capacity for cooperation.

For decades, researchers have examined the psychology behind altruistic cooperation, when one person pays some cost to benefit another. However, another form of cooperation in which both people benefit has been little studied, but that is changing.

A study co-authored by graduate student Kyle Thomas and Johnstone Family Professor of Psychology Steven Pinker examines how people use “common knowledge” — the shared understanding in which two or more people know something, know that the other one knows, know the other one knows that they know, and so on — to coordinate their actions, and how people’s efforts to cooperate may fail without this infinite level of shared beliefs.

The study is described in a recently published paper in the Journal of Personality and Social Psychology. The study also included Peter DeScioli, now Assistant Professor of Political Science at Stony Brook University, and Omar Haque, with Harvard Medical School.

“There has been a great deal of research that examines the psychological roots of altruism, and you can think of that as a kind of motivation problem,” explained Thomas, a Ph.D. candidate in the Psychology Department at Harvard’s Graduate School of Arts and Sciences, and the lead author. “However, when cooperation involves coordinating behavior, the problem people must solve is a knowledge problem rather than a motivation problem: What do partners need to know about each others’ beliefs to coordinate their behavior?”

The chief reason, he said, is that “paying costs to benefit others poses obvious evolutionary puzzles that are not apparent when both people benefit. Because they do not present any evolutionary puzzles, the coordination problems of common knowledge are not nearly as obvious to researchers. The question is, how do we anticipate what our social partners will do, when what they do depends on what they expect us to do? This is a profound social cognition problem. How does one read the mind of a mind reader?”

To examine the psychological roots of coordination and how different levels of knowledge affect it, Thomas and his colleagues recruited participants to play an online game.

The participants were paired off, with each assuming the role of either butcher or baker working in a market. As the game began, each was offered a choice: Try to work together for mutual benefit — butchers making hot dogs and bakers making buns — or work on their own for a lesser, but certain profit.

To test how knowledge levels might affect whether participants would work together, researchers created four levels of knowledge for how participants could earn more by working together.

“Each player then makes a decision,” Thomas explained. “They can decide to work alone or work together, and we paid them accordingly.”

As predicted, these levels of knowledge dramatically affected how people played the game.

“What we found was that, for private knowledge, even if we varied the payouts, or the number of people involved, only about 15 percent of people cooperated,” Thomas said. “With shared knowledge, we saw about 50 percent, and with common knowledge, it was 85 percent. It was just a whopping effect. That indicated to us that we are very sensitive to this previously unappreciated mental state. Our minds evolved to understand this important kind of social structure, and how different kinds of knowledge can impact it.”

The effects of common knowledge, however, are hardly limited to the type of economic games described in the study.

“You can see evidence of these coordination problems everywhere,” Thomas said. “We’ve done work on euphemism and indirect speech, where everyone understands the subtext of what’s being said, though it isn’t explicit. You can also see aspects of it when people talk about taboos or political correctness. When something is taboo, that’s a common-knowledge issue because even though everyone may think it, you can’t say it. There’s even evidence that self-conscious emotions, like guilt or pride or shame, are sensitive to common knowledge, and that certain emotional signals like blushing or crying are built around the idea.”