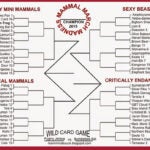 Panelists, poll point to role of economic disparities in illness

On his office wall, Dwayne Proctor has a map of the Metro system in his hometown of Washington, D.C. His version of the map shows life expectancy around each subway stop — where you get off as a measure of how long you’ll live.

“If you live in the inner loop of the Beltway, then chances are your life expectancy is lower than if you live in one of the outer loops going out toward Maryland or Virginia,” said Proctor, a panelist at a March 3 forum at the Harvard T.H. Chan School of Public Health.

“When I look at that map on my wall I don’t see just the subway stops,” he said. “I see this little girl.”

Proctor and fellow panelists at the “What Shapes Health” forum examined some of the factors — from childhood experiences and housing conditions to poor diet and access to health care — that make certain people likelier to end up sick than others.

Presented in collaboration with the Robert Wood Johnson Foundation and National Public Radio as part of the Policy Controversies series at the Harvard Chan School, the forum coincided with the release of a poll that found more than six in 10 people in the United States concerned about their future health.

Nearly four in 10 of those surveyed reported having had one or more negative childhood experiences that they believed had a harmful impact on their adult health.

“When the public thinks about the causes of ill health, it’s not just about germs,” said Robert Blendon, the Richard L. Menschel Professor of Public Health and professor of health policy and political analysis at the Harvard Chan School. “They also see access to medical care, personal behavior, stress, and pollution as affecting health.”

The rankings diverged among ethnic groups. African-Americans (56 percent) were more likely than whites (41 percent) to perceive lack of access to high-quality medical care as an extremely important cause of individual health problems. African-Americans also were likelier than whites to cite income (45 percent to 23 percent) and insufficient education (41 percent to 26 percent) as potential factors in ill health. Hispanics were more likely than non-Hispanic whites (46 percent to 31 percent) to say bad working conditions were extremely important.

Each panelist was asked by moderator Joe Neel, senior health editor at NPR News, to share a policy takeaway from the poll.

“My sense is families do everything they can to take care of their children and each other and we constantly make that really hard,” said Lisa Berkman, professor of public policy and epidemiology at the Harvard Chan School. “The way that we could make that easier is to think about labor policies: living wages, sick days, family leave flexibility.”

Rebecca Onie, co-founder and CEO of Health Leads, which connects low-income patients with nonmedical resources such as food and heating assistance, said: “For far too long we’ve allowed the health care system to operate in kind of a ‘data-free zone’ with respect to patient social needs.”

Too often physicians “have no idea” whether “a patient is running out of food at the end of the month [or] can’t pay their heating bill or is living doubled or tripled up with another family,” Onie said. She recommended health care institutions be required to collect information about patients’ social needs, the better to engage and address them.

Proctor said the findings made clear that people connect experiences in childhood with health in adulthood. “We really need to make certain we can find ways to improve the social and emotional well-being of children in this country.”

The challenge is “getting people who don’t confront these issues every day to focus on them,” said Blendon. He suggested a national shift to themes that resonate universally, namely work and the welfare of children. “You have to have things people relate to,” he said.

Workplace issues strike a similar chord. “The issue of work structure affects every family in America today,” he said. “The minute I take that as an issue, I can have people in suburban Topeka, Kansas, shaking their heads about how we have to do this.

“To reach people we have to structure the issue in a way that people who don’t live with these problems every day can get in the middle of them,” Blendon said. “To me, kids and work cross a lot of boundaries. The poll could look a lot different if we focused on some of these issues in the future.”

The panel discussion was streamed to the Web and is available for viewing here.