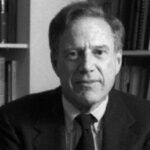 An accomplished communications strategist with broad experience in higher education, government, and beyond, Andrew came to Harvard in 2012 and has served in roles of increasing responsibility, most recently as acting vice president since earlier this year.

“Paul has done an outstanding job since coming to Harvard, and I’m very pleased to have him lead our public affairs and communications efforts,” said President Drew Faust. “He thinks creatively and strategically, he knows Harvard, he cares deeply about higher education, and he has a thoughtful, collaborative style that colleagues value and admire. I know he looks forward to extending his relationships across the University and to doing even more to draw attention to the remarkable work of our faculty, students, and staff, and why it matters to the world.”

“I am honored to have the opportunity to serve this extraordinary institution,” said Andrew. “Since arriving at Harvard, I have been — and continue to be — inspired by Harvard’s faculty, students, and staff and their deep commitment to the teaching and research mission of the University. At a time when higher education and access to knowledge are more vital than ever, it is a privilege to be able to help deepen the understanding of the work that happens here and the positive impact that work can have around the globe.”

Before coming to Harvard, Andrew served as executive vice president at Weber Shandwick Worldwide, a global public relations firm. There he played a lead role in the growth of the firm’s Boston office and in the launch of its academic practice serving institutions of higher education.

Earlier in his career, at Hattaway Communications, his work included developing legislative and public affairs campaigns for nonprofit organizations and providing media advice to candidates for federal and state public office. A native of the United Kingdom, Andrew has also served as special adviser to Gordon Brown, then Britain’s Chancellor of the Exchequer, and as director of communications for the European Parliamentary Labour Party in Brussels.

Andrew’s appointment marks the culmination of a national search for a successor to Christine Heenan, currently a senior adviser to President Faust. Heenan stepped down in January as vice president for public affairs and communications to take on a new role as senior communications adviser with the Bill & Melinda Gates Foundation.