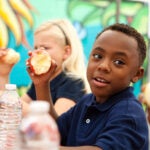 Researchers discover bacteria propelled by a kind of rotary driver

Harvard researchers, probing the mystery of how some bacteria move across surfaces, have discovered a kind of rotary motor in the bacterium Flavobacterium johnsoniae.

The finding came as Abhishek Shrivastava, a postdoctoral fellow working in the lab of Howard Berg, the Herchel Smith Professor of Physics and a professor of molecular and cellular biology, was investigating how many types of bacteria, including F. johnsoniae, are able to move without the aid of flagella or pili. The discovery is described in a recently published paper in Current Biology.

“If you look at the diversity of the bacterial world, there are many bacteria — including F. johnsoniae — that do not have flagella or pili, yet they move quite easily over surfaces, and travel long distances. This movement is called ‘bacterial gliding,’” Shrivastava said. “To move by this process, bacteria require a constant influx of energy. We wanted to find out how bacterial gliding takes place and what could be a motor for gliding.”

Though researchers had long observed bacterial gliding, the precise mechanics underlying the behavior remained a mystery.

The first clues came a few years ago, Shrivastava said, when researchers discovered that the rod-shaped Flavobacteria are actually bristling with tiny filaments, made up of a protein called SprB. These filaments are required for motility.

Shrivastava and others used an antibody “glue” to pin one of the filaments down to a glass plate and found that when they are held down, the cells pinwheel around the point of attachment. If a small, plastic bead were attached to the filament, they found that it would also rotate. The torque generated by the gliding motor was calculated to be large, and comparable to torque generated by motors that drive flagellar filaments.

Though not the only one found in nature — a similar motor powers the flagella found on bacteria like E. coli — the rotary motor discovered by Shrivastava and colleagues appears to be distinct from others. “If you look at the genome sequence of this bacterium, it does not have the genes that make the proteins used to build the flagellar motor,” Shrivastava said. “It could be that some of the components are similar, but we are probably looking at some novel proteins. So we want to understand what makes up the nuts and bolts of this motor.”

Going forward, Berg said, researchers still have many questions to answer. “The flagellar motor has about 20 different kinds of parts, from a drive shaft to a rotary bearing and a universal joint — that kind of machinery is in this bug, but we have no idea what that is. What we need to do now is somehow pull it out and understand the architecture of this motor.”