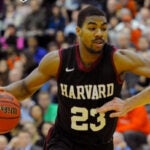 Light-filled Gordon Hall reflects how medical students once were taught

“The grandeur of the space in Gordon Hall and its placement as the focal point of the Harvard Medical School quad was a clear statement in 1906 as to its importance as an anatomy and pathology classroom and laboratory.” ― Dominic Hall, curator, Warren Anatomical Museum

Once a bustling space, Gordon Hall’s upper floors, formerly the Warren Anatomical Museum, are mostly quiet now. The open, sun-filled area was part classroom, part museum for Harvard Medical School students in the first half of the last century. They learned at long tables surrounded by more than 11,000 medical specimens housed in tall glass cases. An enormous skylight runs the length of the room, with windows in the flat part of the ceiling and along the walls. Glass floors on the second story filtered light to the marble-floored level below.

As outlined in the museum’s catalog, students studied healthy and morbid anatomy, including organs, crania, bones, and more. During World War II, the windows and skylight were covered for fear of attack. Eventually, offices were constructed around the periphery, taking up floor space and blocking light. The busts of the founders and notables that circled the room and the glass cases filled with anatomical and medical instruments were removed. (Many artifacts are now housed in a mini-museum on the fifth floor of Countway Library near the Harvard Medical Library, another former Gordon tenant.) Better class space was constructed elsewhere on the campus, so the students left, too.

What remains in Gordon from those early days are the classic cast-iron pillars and railings and leaded-glass windows, the highest ones decorated with geometric patterns. Framed photographs and historical text on the lower walls remind us of the history of this great space. As Hall said, “The Gordon Hall gallery served as a tangible testament to the historical legacy of Harvard’s physicians and scientists, a mission which the Warren Museum continues to live as part of the Countway Library’s Center for the History of Medicine.”